Pakistan’s military said Monday it has nearly completed a fence along the border with Afghanistan, which Islamabad says is necessary to prevent militant attacks from both sides.

Maj. Gen. Babar Iftikhar, spokesman for Pakistan’s armed forces, said more than 83 percent of the fence along the 2,611-kilometer (1,622-mile) border with Afghanistan — known as the Durand Line — has been completed.

The remaining work at the country’s western border was expected to be completed by the middle of the year, he told a televised news conference in the garrison city of Rawalpindi.

Pakistan says it is erecting the fence to stop the movement of Pakistani Taliban, remnants of al-Qaeda, and other foreign militants who prior to the fence’s construction could easily launch cross-border attacks on both sides. It was easier for militants to return to Afghanistan after launching attacks inside Pakistan, Pakistani officials say.

Authorities said fencing at the border with Iran in southwestern Baluchistan province is also underway to check smuggling and militant activity.

Afghanistan has never recognized the border, which runs through the Pashtun heartland, diluting the power of Afghanistan’s largest ethnic group on both sides.

Pakistan says it is trying to better manage the border so that militants cannot launch cross-border attacks in either country and Iftikhar said that effort has already played a key role in reducing militant attacks inside Pakistan. 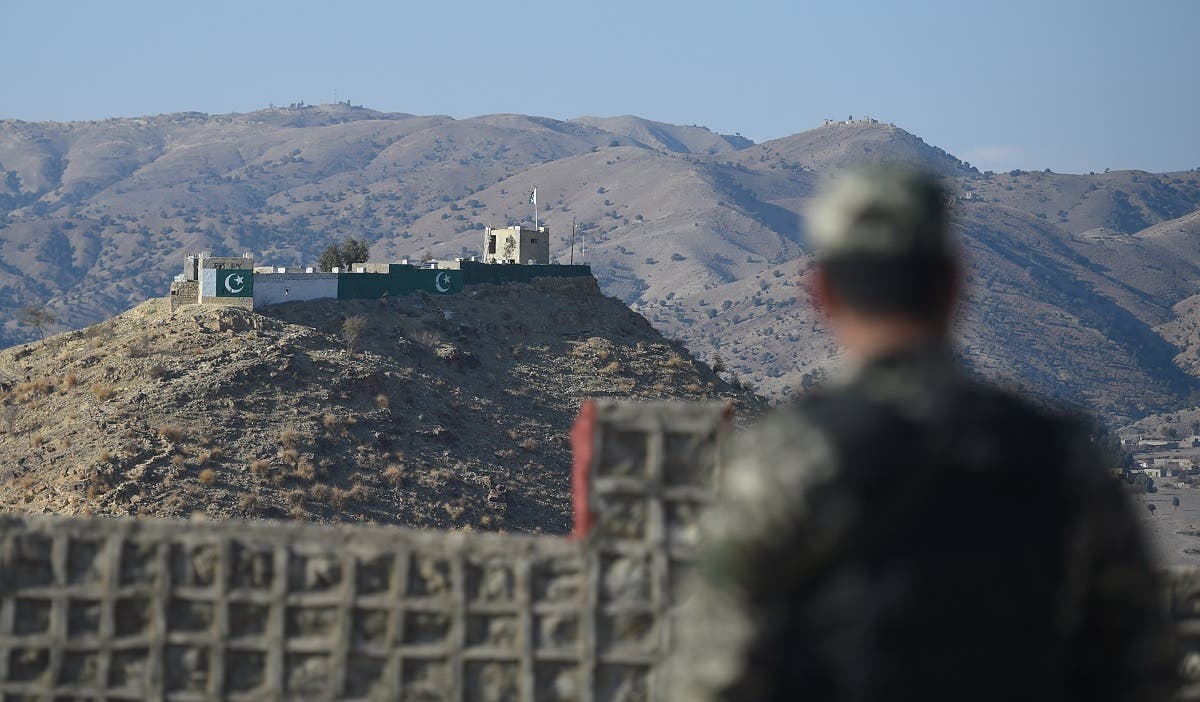 A Pakistani army soldier stands guard on a border terminal in Ghulam Khan, a town in North Waziristan, on the border between Pakistan and Afghanistan, on January 27, 2019. (AFP)

He said Pakistani security forces have arrested or killed 1,100 al-Qaeda militants since Pakistan joined the war on terror following the September 11, 2001 attacks in the US. Some 83,000 Pakistanis, mostly civilians but also security forces, have died in the fighting, he said.

“We are not out of the woods yet but we are almost there,” Iftikhar said, indicating there are still militants to fight. However, he claimed there were now no organized militant groups, including ISIS group, in Pakistan.

ISIS, however, in recent years has claimed responsibility for several deadly attacks inside Pakistan, including the January 3 killing of 11 coal miners from the minority Shiite Hazara community in southwestern Baluchistan province. Iftikhar, however, said there were only remnants of militant groups left in Pakistan, including ISIS.

Pakistan’s former tribal regions, including North and South Waziristan, were considered a “no-go area” for ordinary Pakistanis and even military personnel because of the strong presence of militants, including Pakistani Taliban, al-Qaeda and other outlawed domestic Sunni militant groups prior to 2013, That’s when Pakistan launched military operations there, clearing out militants but also displacing about 1 million people.

Pakistan and Afghanistan often accuse each other of turning a blind eye to militants operating along the porous frontier. Iftikhar said Pakistan is also fencing the border with Iran, a project he said is 37 percent complete.