Some 400 graves have been unearthed in town Tauste, near Zaragoza city, up from 40 in 2012-13, archeologists said.

The figure could climb to 4,500 should the excavations continue, they added.

Speaking to Anadolu Agency, Javier Nunez Arce, head of Elpatiaz Cultural Association, said they knew there used to be a cemetery in the town but did not know its origins.

Noting that excavations started in 2010, he said it immediately became clear that the graves belonged to Muslims as the skeletons were facing toward Mecca, in line with Muslim traditions.

Arce also said they found out that the bell tower of the Catholic church in town was converted from a minaret.

“Therefore, it is clear that a Muslim community with a mosque used to live in this town,” he added. 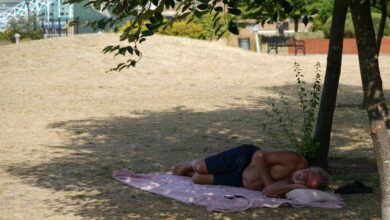 Why Does The Middle East Reject Napoleon’s Legacy?