The Oscars voting body’s invitation to an Iranian director has drawn criticism on social media among Iranian users who say the director is closely affiliated with the Iranian regime.

The Academy of Motion Picture Arts and Sciences said Tuesday it had invited 819 new members as parts of its efforts to diversify the Academy.

The invitees who accept their invitations will have voting rights at the 93rd Academy Awards which is scheduled to be held on April 25, 2021 – two months later than originally planned – as a result of the coronavirus pandemic.

Iranians took to social media to protest the Academy’s invitation to Abyar.

Abyar has met with Khamenei on at least two separate occasions. 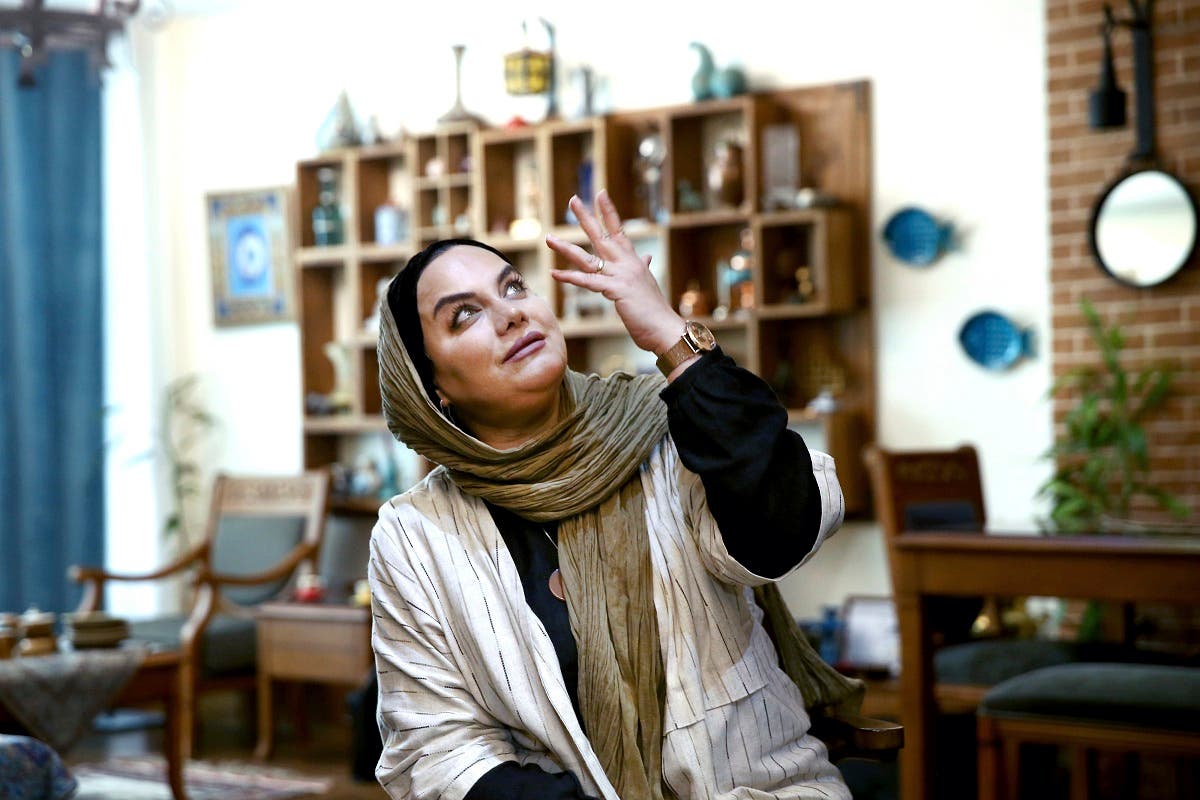 In this Saturday, Oct. 21, 2017 photo, Iranian film director Narges Abyar gestures gives an interview with The Associated Press at her home, in Tehran, Iran. (AP)

She visited Khamenei in September 2014 after he underwent an operation on his prostate. Only a select number of people were allowed to see the supreme leader after his surgery.

Abyar met with Khamenei again in March 2015 alongside the crew of a movie she directed. Khamenei was full of praise for the movie, describing it as “arzeshi,” a Persian term that refers to something or someone who advocates the Iranian regime’s policies and values.

“So the #Oscars felt it needed more diverse voices and thought who could bring diversity better than one of Khamenei’s favorite “artists”, Narges Abyar, whose ties to the worst elements of the regime are undeniable. #Hollywood is indeed corrupt,” Saeed Ghasseminejad, a senior Iran and financial economics adviser at the Foundation for Defense of Democracies (FDD), tweeted.

Abyar is “among the most significant filmmakers and accomplices of regime propaganda,” former Iranian political prisoner Hossein Ronaghi tweeted.

Ronaghi said he will email the Academy to protest their invitation to Abyar.

In a Twitter thread, he recounted encountering Abyar while he was jailed in Tehran’s notorious Evin prison.

“Narges Abyar is one of the few state-affiliated cinematographers who were allowed to visit Evin Prison in 2014-15 and her films have been screened in prison. Her visit was met with protests from us in Evin’s Ward 7 which led to my one-month restrictions and prohibition of visitation,” Ronaghi tweeted.

“There were 10-15 people, I heard them come and I ran right up to Ms. Abyar and shouted, ‘you’re doing a show? Come here and see what wards 209, 2A, and 350 are like and what they’re doing to prisoners!’ two prison officials leaped forward, grabbed me, and shut my mouth,” he added.

“I’ll never forget how Ms. Abyar and her apathetic entourage went past with smiles of satisfaction,” Ronaghi wrote.

“The fact that a regime-affiliated filmmaker from Iran is invited to the Academy Awards is an insult to the Iranian cinema community,” another user tweeted.

In March 2018, Owj said Abyar will direct one of its series.

“Dear @TheAcademy, please remove Narges Abyar from your list of members. She makes movies to support a totalitarian regime and spread its fascist ideology. It would be such a shame for Iranian people to have her as their representative in the Academy,” another user tweeted.

Nicki Minaj Reveals That She Raising Her Son Without Nanny

Will Lin-Manuel Miranda Star in ‘One Day at a Time’ Animated Special?