An OPEC+ panel has warned of “significant uncertainties” and the risk of an oil glut after April 2022, according to an internal report, building a case for extending the current deal that has maintained curbs on supply.

The panel, known as the Joint Technical Committee, sees an overhang of crude by the end of 2022 under different scenarios looking at supply and demand in the oil market, the report said.

The report showed that while the oil market was in deficit in the short term, a glut was on the horizon after OPEC and its allies, a group known as OPEC+, unwinds cuts that now stand at just under 6 million barrels per day (bpd) from April next year.

“In 2022, a significant increase is seen, leading to an overhang of 181 million barrels by the end of the year,” the report added.

The base case adopts global oil demand growth assumptions and non-OPEC supply growth from OPEC’s June monthly report, with a preliminary forecast for 2022.

The panel said it still forecast global oil demand growth of 6 million bpd in 2021, but it said there were downside risks.

It said demand could slow given “uncertainties associated with the divergent pace of the global economic recovery, emerging inflationary pressures, the surge in sovereign debt, the uneven vaccine rollout …, as well as the widening spread of the COVID-19 Delta variant.”

OPEC watchers said the group could leave production unchanged when ministers meet on Thursday or decide to boost output, possibly by more than 1 million bpd or by a more modest 0.5 million bpd. 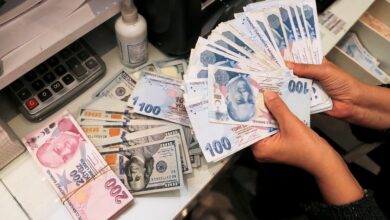 Lebanon’s economy has plunged into a ‘deliberate depression’: World Bank