The countries whose citizens were killed when Iran shot down a Ukrainian jetliner said Friday they want Iran “to deliver justice and make sure Iran makes full reparations to the families of the victims and affected countries.”

In a joint statement marking the one-year anniversary of the shooting down of the Ukraine International Airlines Flight 752, Ukraine, France, Canada, Britain and Sweden said they want Tehran “to provide a complete and thorough explanation of the events and decisions that led to this appalling plane crash.”

Sweden earlier had said that Iran had agreed to compensate the families of the foreign victims.

The shootdown by the Iranian Revolutionary Guard happened the same night Iran launched a ballistic missile attack targeting US soldiers in Iraq, its response to the American drone strike that killed Guard Geneneral Qassem Soleimani in Baghdad on January 3. 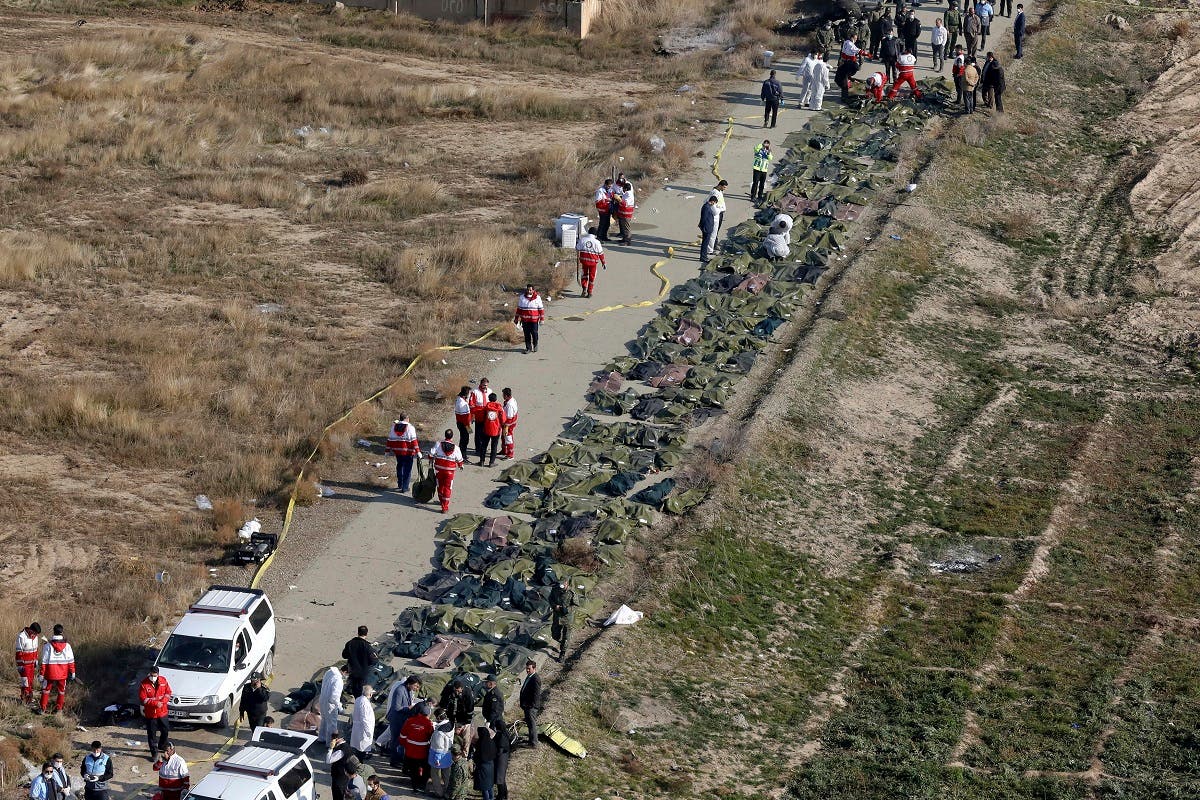 Bodies of the victims of a Ukrainian plane crash are collected by rescue team at the scene of the crash in Shahedshahr, southwest of the capital Tehran, Iran. (AP)

The plane was en route to the Ukrainian capital of Kyiv. The victims included 57 Canadian citizens as well as 11 Ukrainians, 17 people from Sweden, four Afghans and four British citizens. Those from Sweden included both Swedish nationals and people with staying permits in the Scandinavian country.

At first, Iran had denied its involvement in the plane crash but then announced that its military had mistakenly and unintentionally shot down the Ukrainian jetliner.

The statement was signed by ministers of Afghanistan, Canada, Sweden, Ukraine and United Kingdom.

Advocates see ‘opportunity’ in US review of Saudi arms sales