One staff member of the International Committee of the Red Cross was killed on Wednesday when the airport in Aden was attacked, ICRC Yemen said on Twitter.

Two of its staff were unaccounted for and three were injured, it said.

At least 20 people were killed and dozens wounded in an attack on Aden airport on Wednesday moments after a plane landed carrying a newly formed Saudi-backed cabinet for government-held parts of Yemen.

Hours after the attack, a second explosion was heard around Aden’s Maasheq presidential palace where the cabinet members including Prime Minister Maeen Abdulmalik, as well as the Saudi ambassador to Yemen, had been taken to safely, residents and local media said.

In the airport attack, loud blasts and gunfire were heard shortly after the plane arrived from Riyadh, witnesses said. A local security source said three mortar shells had landed on the airport’s hall.

There was no claim of responsibility.

It was unclear what caused the second blast and there were no immediate reports of casualties.

“We and the members of the government are in the temporary capital of Aden and everyone is fine,” Maeen tweeted from Maasheq palace. “The cowardly terrorist act that targeted Aden airport is part of the war that is being waged against the Yemeni state and its great people.”

Jaber tweeted: “Peace, security and stability will prevail thanks to Yemenis’ strong will and their brave government.” 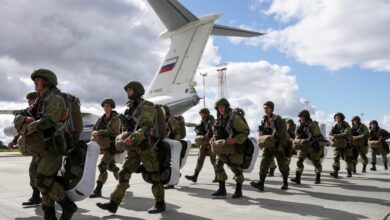