Demonstrations against the Kurdish regional government (KRG) and the region’s main parties have broken out in recent days over months of public sector pay cuts and delayed wages.

Protesters have rallied outside the headquarters of the Kurdistan Democratic Party (KDP), the rival Patriotic Union of Kurdistan (PUK) and smaller parties in several towns in the Sulaimaniyah region in recent days.

“A 26-year-old man was shot in the chest and died, and two others were wounded,” the source at Chamchamal’s hospital told AFP.

Other demonstrators had also rallied on Monday outside various parties’ headquarters in the town of Sayedsadeq further east.

After coming under fire there, they fanned out to torch the party offices, local police headquarters and government offices as well as a local official’s home, said one of the protesters, who wished to remain anonymous.

A security source told AFP that dozens of protesters were detained across the province over nearly a week. 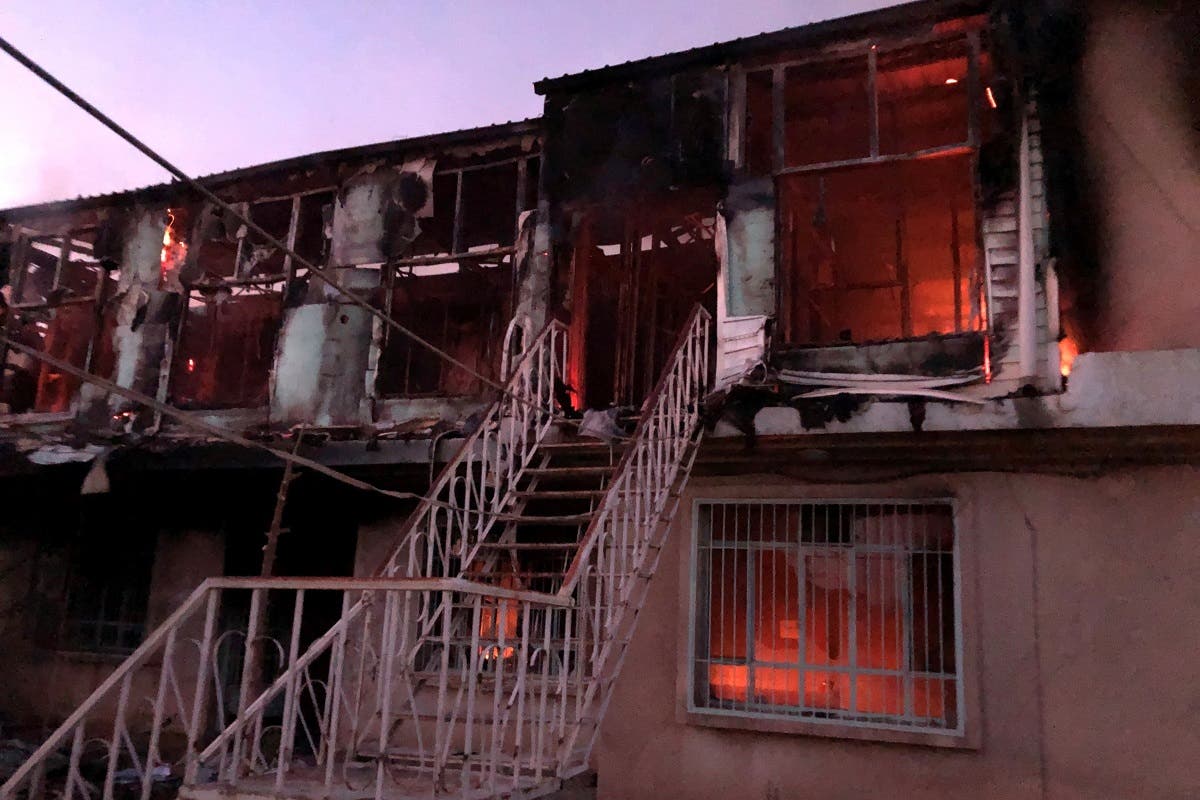 A headquarter belonging to the Patriotic Union of Kurdistan (PUK) is seen after it was burnt during anti-government protests on the outskirt of Sulaimaniyah, Iraq December 7, 2020. (Reuters/Ako Rasheed)

While the rallies have escalated in towns, the main city of Sulaimaniyah has not seen huge numbers turn out due to tightened security measures.

“Stopping a channel’s broadcast is a blatant violation of the region’s press law,” Abdulrahman said.

Like the rest of Iraq, media outlets in the Kurdish region are nearly all linked to political figures or parties. NRT is owned by a member of the New Generation Movement, a Kurdish opposition party.

Press freedoms in Kurdish Iraq have been enshrined by a regional law for over a decade.

The Committee to Protect Journalists (CPJ) said it was “very concerned” by the recent shutdown, which comes after NRT’s offices in the regional capital Arbil and northwest city of Duhok faced similar closures this year.

“It’s a pattern for authorities in Iraqi Kurdistan, be it in Sulaimaniyah or Arbil or Duhok, and an attempt to silence NRT for its coverage of protests that have been ongoing over unpaid salaries for public servants and lack of public services,” said CPJ’s Ignacio Miguel Delgado.