Oman Insurance Co. PSC is considering making a bid for the Middle Eastern operations of French insurer Axa SA, according to people familiar with the matter.

The company that’s backed by Dubai-based bank Mashreq PSC is working with Barclays Plc as it weighs a potential offer for the business, which provides life, property and health insurance, the people said, asking not to be identified as the matter is private. No final decisions have been made and other suitors may also bid for the unit, the people said.

Representatives for Axa and Barclays declined to comment, while a representative for Oman Insurance didn’t respond to a request for comment.

Axa Chief Executive Officer Thomas Buberl is moving to streamline the insurer’s operations by retreating from less profitable markets and pulling back from life insurance. The company, which is working with HSBC Holdings Plc on its strategic review in the Middle East, sold its operations in Poland, the Czech Republic and Slovakia for about 1 billion euros ($1.1 billion) to Austria’s Uniqa Insurance Group AG in February.

Oman Insurance operates 12 branches in the United Arab Emirates and has businesses in Oman and Turkey. The company posted 3.6 billion dirhams ($980 million) in revenue and a net income of 190.5 million dirhams last year, according to its annual report. 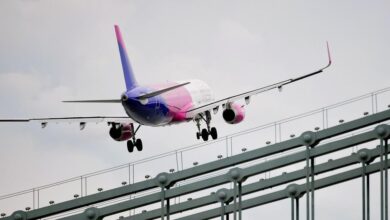