Oman has displayed the will of former leader Sultan Qaboos, shedding the light on the succession process that led to the appointment of current Sultan Haitham bin Tariq al-Said after Qaboos had no children.

Sultan Qaboos died on January 11, 2020, leaving no direct heir to the throne of Oman. Oman’s constitution states that the royal family should choose a new sultan within three days of the position falling vacant.

If the family does not choose a successor, the constitution states they should open an envelope in which Qaboos had secretly written his choice. In practice, the council opted to open the envelope and adopt Qaboos’ chosen successor within a day.

“Haitham bin Tariq was sworn in as the new sultan of the country … after a meeting of the family which decided to appoint the one who was chosen by the sultan,” the government said in a tweet at the time.

And now Oman’s National Museum is displaying the letter in public, showing Sultan Qaboos’ handwritten recommendation of Sultan Haitham as his successor.

“We are excited to have the honor to display the original will letter of the late Sultan Qaboos bin Said addressed to the Royal Family Council through the Defence Council, … recommending, in the handwriting of the late Sultan: “Sayyid Haitham bin Tarik,” as the new sovereign of Oman.”

We are excited to have the honour to display the original will letter of the late Sultan Qaboos bin Said addressed to the Royal Family Council through the Defence Council, …#لما_توسمنا_فيه#السلطان_هيثم_بن_طارق_المعظم
.
.#NM_OMAN #المتحف_الوطني_عُمان 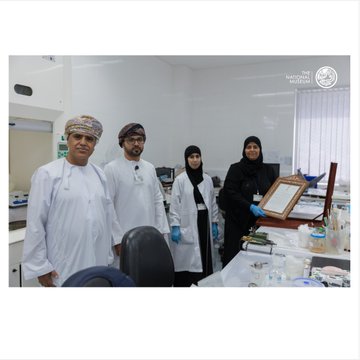 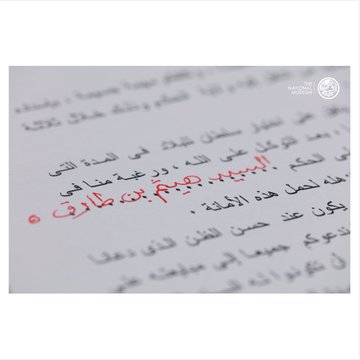 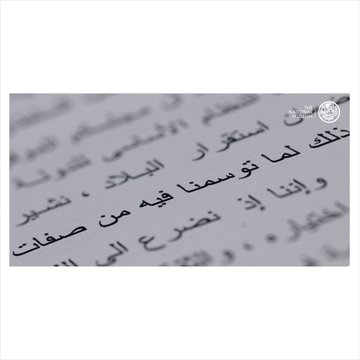 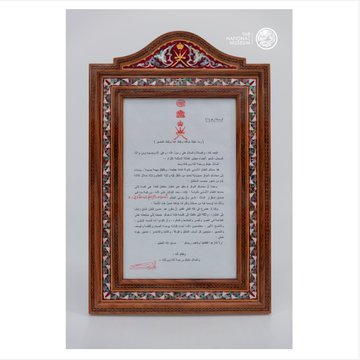 Who is Sultan Haitham?

At 65 years old, Sultan Haitham is a member of the al-Said royal family and a career diplomat.

He was most recently Oman’s Heritage and Culture Minister, responsible for promoting and preserving Omani heritage and culture.

Previously Sultan Haitham was Undersecretary of the Ministry of Foreign Affairs, and before that, Secretary General for the Ministry.

He also served as chairman of the Board of Trustees of the National Museum and was the first president of the Oman Football Association.

Born in 1954, Sultan Haitham graduated from Oxford University in the UK in 1979. He is the tenth Sultan of Oman.