Middle-aged and older adults who identify as lesbian, gay or bisexual are more than twice as likely to abuse prescription tranquilizers and opioid pain medications compared to their heterosexual peers, a study published Tuesday by the Journal of General Internal Medicine has found.

Lesbian, gay and bisexual older adults were also nearly three times as likely to use cannabis for non-medical purposes, the authors observed. Conversely, the use of drugs such as cocaine and methamphetamine was roughly the same — and low — among both populations of older adults, they said.

But drug use among older adults in general — regardless of sexual orientation — is hardly “rampant,” researchers said.

“A multitude of stressors can be a risk factor for unhealthy substance use,” co-author Dr. Benjamin Han, an assistant professor of geriatric medicine and palliative care at NYU Langone Health, told UPI.

“The stressors of aging can be challenging, especially for individuals who are isolated and can lead to unhealthy drug and alcohol use, and in addition older LGBTQ adults may face the added stressors of stigma and isolation,” Han said.

The findings are consistent with earlier research showing that LGBTQ adolescents and young adults are more likely to use a range of substances compared to their heterosexual counterparts, according to Han and his colleagues. Such use may be attributed to stressors like discrimination, oppression and stigma, they said.

However, additional studies are needed to better understand the causes of these disparities, including the roles that stigma, discrimination and prejudice play in substance use, especially among older adults, the researchers said.

For the study, Han and colleagues reviewed data from the National Survey on Drug Use and Health, an annual survey of Americans in which respondents are asked about their health, lifestyle habits and sexual identity, among other characteristics.

The data was analyzed to determine past-year use of cannabis, alcohol, cocaine and methamphetamine, as well as non-medical use of prescription opioids; sedatives, including sleep medications; stimulants; and tranquilizers or anti-anxiety medications.

They then compared the prevalence of past-year substance use among adults identifying as lesbian, gay or bisexual to those identifying as heterosexual.

In all, the study population included 25,880 participants, 2.5 percent of whom identified as lesbian, gay or bisexual, according to the researchers.

They found that roughly 14 percent of older adults identifying as lesbian, gay or bisexual used marijuana for non-medical purposes, while just 5.5 percent of heterosexual adults reported using the drug.

“Marijuana use is increasing among the older population in general [and] sexual minority individuals in this age group are just more likely to use it,” Joseph Palamar, an associate professor of population health at NYU Langone Health, told UPI.

“While marijuana is by no means the most dangerous drug, use can be riskier for older people,” Palamar said.

In general, substance use may compound or complicate health in older adults, the researchers said. Older people experience physical changes, are at higher risk for chronic disease and may take prescription drugs that can interact with such substances.

However, Han and Palamar emphasized that they don’t want to further stigmatize lesbian, gay and bisexual older adults by highlighting substance use issues.

Rather, they hope to draw attention to the needs of communities who have been underserved with regard to substance abuse treatment and mental health services in general.

“Sexual minority older adults may also simply be more open-minded than their heterosexual counterparts and therefore be more willing to use marijuana [and other drugs],” Palamar said. “After all, these are people from more conservative generations — Baby Boomers and the Silent Generation.”

“While indeed older sexual minority individuals are more likely than older heterosexuals to use these drugs, we don’t think drug use is by any means rampant in this group,” he said. 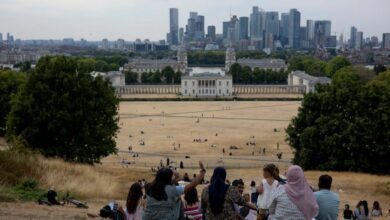 Why Should Indigenous People be on the Frontline of Nature Conservation? Demand for ‘active shooter insurance’ on the rise as US reopens

UAE Probe Captures Aurora Surrounding The Night Side of Mars 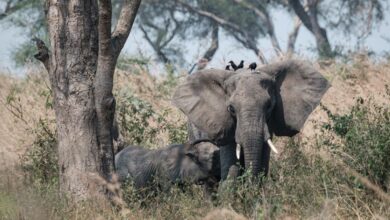