Sentiment was also bolstered by expectations that the Organization of the Petroleum Exporting Countries (OPEC), Russia and other producers, a group known as OPEC+, might extend a deal to restrain output.

The contango structure in the market, where the prices of front-month delivery contracts are lower than those for delivery six months later, narrowed to 32 US cents, its smallest since mid June, indicating that concerns about a glut were receding.

Outlook for demand has improved with news indicating progress towards developing COVID-19 vaccines. A US official said first inoculations in the United States could start a day or two after regulatory approval was secured.

British drugmaker AstraZeneca said on Monday its vaccine, developed along with the University of Oxford, could be around 90 percent effective under one dosing regimen.

“Investors are ignoring near-term headwinds, chief among which are surging global COVID infections, and instead looking ahead to next summer,” he said.

On the supply side, OPEC+, which meets on November 30 and December 1. It will look at options to extend their deal on output cuts by at least three months from January. Tesla braces for delayed delivery due to China plant shutdown 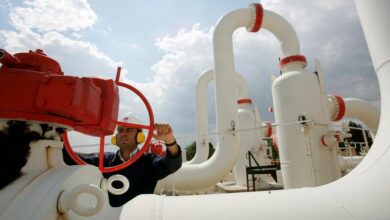