Oil prices rose on Tuesday, with Brent surging past $132 a barrel on expectations that the United States and Britain will announce a formal ban on Russian oil imports, stoking supply concerns.

Prices climbed after a source said the US, the world’s biggest oil consumer, could announce a ban on Russian oil imports as soon as Tuesday in response to Russia’s invasion of Ukraine.

The White House said US President Biden would announce actions to hold Russia accountable at 1545 GMT after sources said Washington was willing to impose such a Russian oil import ban even without its European allies.

An import ban by Europe and the US on Russian oil could send global oil prices to $200 a barrel, analysts at Oslo-based consultancy Rystad Energy said on Tuesday.

Shell said it would stop all spot purchases of Russian crude after drawing criticism for a purchase on March 4.

Goldman Sachs raised its Brent forecast for 2022 to $135 from $98 and its 2023 outlook to $115 a barrel from $105, saying that the world economy could face the “largest energy supply shocks ever” because of Russia’s key role.

Dimming expectations of an imminent return of Iranian crude to global markets have added to upward pressure on prices amid a slowdown in talks between Tehran and world powers over its nuclear activity.

Oil supply disruptions come as inventories continue to fall worldwide. Five analysts polled by Reuters estimated on average that US crude stockpiles decreased by about 800,000 barrels in the week to March 4.

The poll was conducted before weekly inventory reports from the American Petroleum Institute on Tuesday and the U.S. Energy Information Administration on Wednesday. 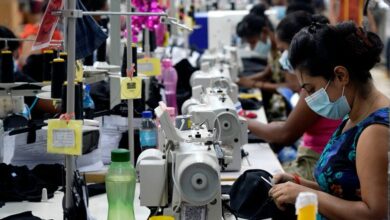