Oil edged lower near $40 a barrel in New York as OPEC and allied producers started supplying more crude to a global market where many countries are still struggling to contain the coronavirus.

OPEC+ will pump about 1.5 million barrels more this month than in July as it starts to unwind its historic virus-driven output curbs, with Russia already having lifted its output slightly last month.

The increase in supply comes as virus cases accelerated in California, a lockdown is being reimposed in Manila, and Australia’s second-biggest city instituted a curfew to stem the spread.

Meanwhile, tensions between Washington and Beijing continued to simmer, with US Secretary of State Michael Pompeo flagging measures against “a broad array of Chinese-owned software deemed to pose national-security risks.

Oil has rebounded from a plunge below zero in April, but the rally has stalled near $40 a barrel with rising infections raising concerns about a sustained recovery in consumption. It’s a precarious time for producers to be adding more supply to the market, with Royal Dutch Shell Plc and Exxon Mobil Corp. predicting there may not be a full demand recovery until next year.

“Demand is in question,” said Michael McCarthy, chief market strategist at CMC Markets Asia Pacific in Sydney, adding that the easing of the OPEC+ cuts had already been priced in. “We have also got concerns about the rising tensions between US and China.”

Pompeo’s comments suggest a possible widening of US measures beyond TikTok, the popular music-video app owned by ByteDance Ltd., one of China’s biggest tech companies. President Donald Trump told reporters Friday that he plans to ban TikTok from the US, but his decision hasn’t been announced. Pompeo signaled he expects a Trump announcement “shortly.”

The futures curve is signaling weakness, with WTI’s three-month time spread near the widest contango since May, indicating there are some concerns about over-supply. The market structure is where near-dated contracts are cheaper than later-date ones.

Meanwhile, US shale explorers reduced drilling last week after a gain in oil prices failed to revive confidence. The number of active rigs fell by 1 to 180, bringing it back to the lowest level since June 2009, according to Baker Hughes Co. data released Friday. 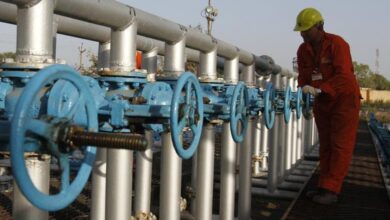 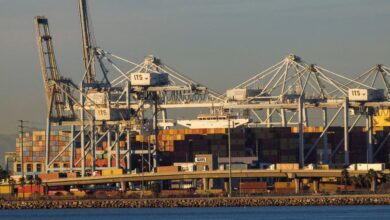