Ocean levels could rise as much as 4.2 feet by 2100 if global emissions targets are not achieved and the Earth’s surface warms by another 6.3°F (3.5°C), a study found.

This would put the planet on track for 16.4 feet (5 metres) of average sea level rise by the year 2300 — exceeding International Panel on Climate Change projections.

However, controlling greenhouse emissions could limit ice sheet melt and bring sea level rise down to only 1.6 feet by the end of the century, experts said.

‘We know that the planet will see additional sea-level rise in the future,’ said paper author and environmental scientist Andra Garner of Rowan University in the US.

‘But there are stark differences in the amount of sea-level rise experts project for low emissions compared to high emissions.

‘This provides a great deal of hope for the future, as well as a strong motivation to act now to avoid the more severe impacts of rising sea levels.’

In their study, the research team analysed the projections of global sea level change drawn up by 106 leading climate researchers.

‘The complexity of sea-level projections, and the sheer amount of relevant scientific publications, make it difficult for policymakers to get an overview of the state of the science,’ said climatologist Benjamin Horton of Nanyang Technological University.

‘To obtain this overview, it is useful to survey leading experts on the expected sea-level rise, which provides a broader picture of future scenarios and informs policymakers so they can prepare necessary measures.’

Surveys of the experts also highlighted that the greatest sources of uncertainties in the models comes from the extent of melting of the Antarctic and Greenland ice sheets — both of which are major drivers of sea level rise.

Satellite-based measurements of the ice sheets have revealed that both are melting at an accelerate rate.

However, the experts did note that the reduction of emissions levels in the future has the potential to reduce the magnitude and resulting impact of sea level rise.

‘One of the key takeaways from this study is that our actions today can make a profound difference in how much our coastlines will retreat in the future,’ said geoscientist Andrea Dutton, who was not involved in the present study.

of ‘That knowledge is empowering because it means that we can choose a better outcome through our actions,’ the University of Wisconsin-Madison expert added.

The full findings of the study were published in the journal npj Climate and Atmospheric Science.

Your Vaccine Checklist for Every Age 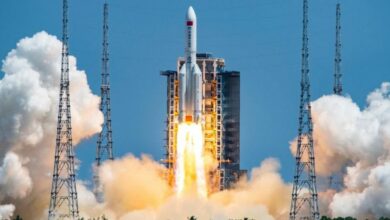 Long March 5B: Debris from Chinese rocket falls back to Earth 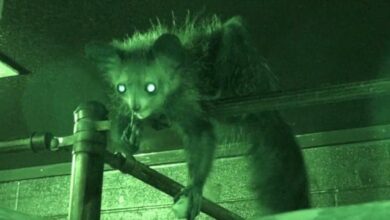 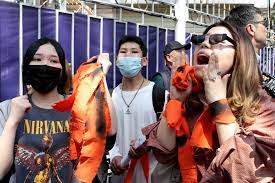