Nostalgic Saudis are getting all fired up in helping to revive the ancient art of pottery.

The age-old skill has been making something of a recent comeback in the Kingdom with young and old throughout the country trying their hand at the traditional craft.

Over the centuries clay-based pottery items such as cups, pans, bowls, and urns have been reproduced using more modern, durable materials.

But that has not stopped some Saudis, such as Ohoud Al-Adani, from returning to the old ways.

As a child, she dabbled with pottery by experimenting with Play-Doh, but five years ago decided to buy herself a potter’s wheel to start producing home-made products.

By watching YouTube videos and learning from her mistakes Al-Adani soon found her friends taking an interest in her new hobby, with some joining in.

As her fascination with the artform grew, she signed up for a volunteer trip to California, ending up spending four months working with a farmer who was managing a community pottery studio.

Specific types of clay are used for different products based on the items’ composition, color, uses, firing temperatures and other factors with the four most common clays being earthenware, ball, porcelain, and stoneware.

Nora Al-Mazrooa, a ceramic artist and lecturer at Jeddah University’s college of art and design, was introduced to pottery in Islamic educational art while studying for her bachelor’s degree.
She told Arab News: “I felt an instant connection the minute I touched clay. After that, I volunteered as a teaching assistant in ceramics during summers to feed my passion and eagerness to learn and practice with clay.”

Al-Mazrooa went on to gain a master’s degree in ceramics from the Cardiff School of Art and Design, in Wales.

When she first started working with clay in Jeddah, the discipline was little known, she said. “Recently, interest has grown exponentially, both locally and regionally,” she added.

Muruj Al-Shatri, a graphic artist and potter, said: “Pottery has an element of suspense and the interaction with a natural substance is therapeutic.”

Many therapists and mental health practitioners recommend various forms of art to patients as a means of expression and to help deal with emotional issues. Pottery therapy incorporates tactile sensation, meditative practice, and physical movement, all of which can bring about a state of calm.

I have a problem with plastic products, so my goal is to recreate everything I have in plastic and make them out of clay.

“Ceramics is clay, air, and fire. Its most prominent aspect for me is the way one can manipulate it to become absolutely anything. It is a vehicle to share ideas and express one’s creativity. Clay is a medium to internalize one’s thoughts. I find the pottery process invigorating and the results quite rewarding,” said Al-Mazrooa.

And Al-Adani said: “Playing with clay is very grounding, especially with people who did not grow up playing in the dirt and for us to be able to work and play with it and for it to be acceptable is something huge for me.”

The same sentiment was shared by Al-Mazrooa, who added: “Clay is a medium that requires our senses to be engaged all at once. It is a holistic experience and forces you to be patient in order to be able to go through the whole process from forming, to firing, glazing, and firing again.

“It helps release aggression and anxiety, and sometimes it feels that narratives and emotions get translated from one’s mind to the hands raw and pure. I often practice Islamic art, both geometric art and ancient Nabataean.”

She personalizes her pieces by incorporating Arabic texts, including poetry, verses, and proverbs. “I feel like this adds a layer of identity and meaning to a functional object.”

Meanwhile, Al-Adani creates products inspired by her daily life and personal needs, and aims to launch her own, clay-only product range.

“I have a problem with plastic products, so my goal is to recreate everything I have in plastic and make them out of clay,” she said.

Will The Taliban Preserve Cultural Heritage in Afghanistan? 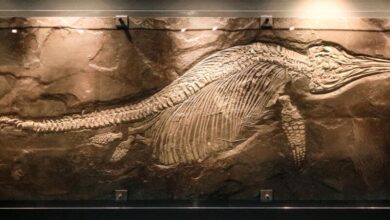 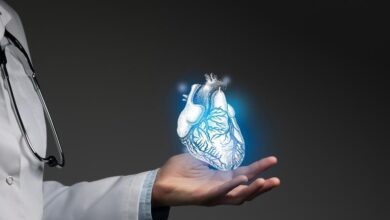