The UAE has a new feather to its cap with the selection of the first female astronaut. His Highness Sheikh Mohammed bin Rashid Al Maktoum, Vice-President and Prime Minister of the UAE and Ruler of Dubai, took to Twitter today to announce the two new Emirati astronauts.

The country has announced that the first female astronaut Nora Al Matrooshi will be joined by her colleague Mohammed Al Mulla – making them the two chosen Emirati astronauts to form the second batch of the UAE Astronaut Programme.

Five women and nine men are vying for the coveted roles – in the race to the second batch of Mohammed Bin Rashid Space Centre’s (MBRSC) UAE Astronaut Programme for the future crewed space flights.

These duo have been recruited to the UAE’s growing astronaut corps, which already includes Maj Hazza Al Mansouri and Dr Sultan Al Neyadi.

Sheikh Mohammed bin Rashid Al Maktoum,  in a video said, “I promise you that long queues of Emirati women and men will walk on your path”

Reaching space 2 years ago was just the start. After more than 10,000 of working hours done by the first batch, and after 4305 applicants for the second batch, today the UAE has a dedicated passionate team. A team that includes the first Arab female to join an Astronaut Team program. A team that will be ready for advanced missions and that will keep the UAE flag high in space.

“We congratulate our country on this occasion,” Sheikh Mohammed said. “We count on them to raise the name of the UAE in the sky.”

His Highness Sheikh Mohamed bin Zayed Al Nahyan, Crown Prince of Abu Dhabi and Deputy Supreme Commander of the UAE Armed Forces, is heard saying, “Today, you represent every Emirati male and female… Today, in brief, you represent all the UAE nation.”

Selection of a female astronaut was anticipated

Speaking exclusively to Khaleej Times earlier, Salem Al Marri had affirmed that the next Emirati astronaut to head into space could very well be a woman.

He said: “Women bring something very different to the table and to the human space life and having a well-rounded programme definitely requires that we have diversity in gender. But our selection criterion is not based on gender it’s based on quality and the best and brightest.”

“What we had seen initially is that from 1400 women applied, we had some really great candidates. Some have doctoral degrees and are medical doctors. It’s not just about capability it’s also about them being fit medically and psychologically. Those things are sometimes not in our hands,” he added.

We saw a bigger batch compared to last year and it’s indeed big for the UAE and it was a big thing last time. It will be a great opportunity to join Hazza Al Mansouri and Sultan Al Neyadi and be number 3 and 4 in the UAE’s astronaut list. We are looking at different skills this time. A well rounded person who has many different skill sets is best suited for the role. “

Age limit was lowered this time

For its first batch of UAE astronauts MBRSC had shortlisted candidates in their mid-30s. But this time, they lowered the age limit.

“For this group we had widened the age limit so that we could get a greater number of younger candidates involved. Reason being, with the first group we wanted a lot of experienced people, someone who could bring to table something straightway. With this group we know they have a longer course training plan and we also have Hazza and Sultan to support them. Therefore, we looked at people who are 25 going forward”, opined Al Marri.

Al Matroushi and Al Mulla will begin their training at Nasa’s Johnson Space Centre in Houston, Texas by the end of this year. They will also be joined by the first two astronauts for their training programme.

Meanwhile, at the Mohammed bin Rashid Space Centre (MBRSC), 42 per cent of the workforce consists of Emirati women. Their milestone projects consist of a high women employment rate, including 70 per cent in UAE’s Astronaut Programme and 34 per cent in the Hope Mars Mission. 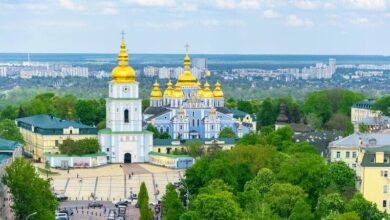 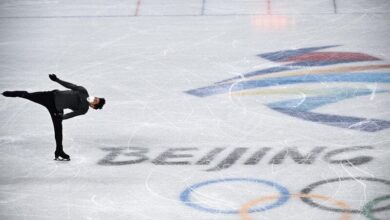 How Does Climate Change Affect The Winter Olympics?

Size Does Matter! Air India Plane Gets Stuck Under Bridge

The UK’s New Four-Word Brand is: I LOVE YOU EARTH