Nomadland made Golden Globes history on Sunday night as Chloe Zhao became the first female director to win the awards’ top prize for best drama, while the biting satire, Borat Subsequent Moviefilm, won top film honours for comedy, in a mostly virtual ceremony that was marked by pandemic conditions and calls for more diversity.

Nomadland, a semi-fictional drama about people forced to live on the road and work menial jobs in a recession-hit United States also took the best director prize for Chinese-born Chloe Zhao. It made Zhao only the second woman to win at the Globes in that category, and the first female director of colour to win. 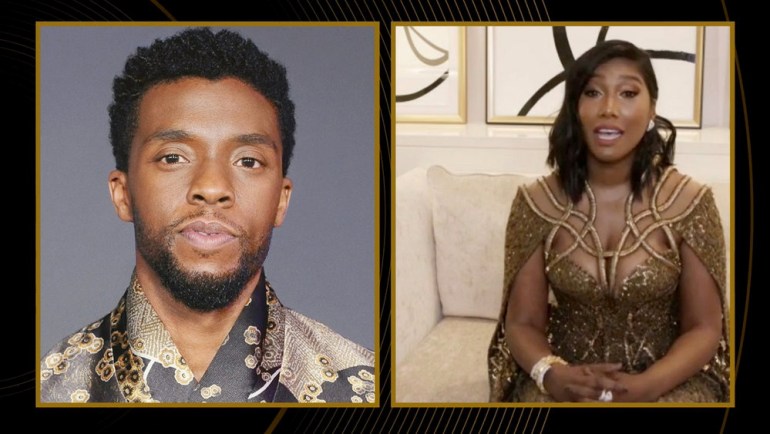 Usually a star-packed party that draws Tinseltown’s biggest names to a Beverly Hills hotel ballroom, this year’s event was broadcast from identical sets at the Beverly Hilton and New York’s Rainbow Room, with essential workers and a few A-list presenters among the few in attendance.

The night’s most poignant moment came with Boseman’s win.

“He would thank his ancestors for their guidance and their sacrifice,” said his widow, Taylor Simone Ledward, who accepted the Globe on his behalf.

“He would say something beautiful, something inspiring, something that would amplify that little voice that tells you you can, that tells you to keep going, that calls you back to what you are meant to be doing at this moment in history,” she added.

Elsewhere, British actors Daniel Kaluuya and John Boyega, and animated movie “Soul” were among other diverse winners chosen by the Hollywood Foreign Press Association (HFPA), which has been lambasted for having no Black people among its 87 members.

Members of the HFPA appeared on Sunday’s show and pledged to do better.