Sabrina, a Bangladeshi domestic worker, is barely 127cm (4 feet 2 inches) tall and extremely thin. Her shoulder blades protruded from under her clothing as she scrubbed the floor in a house she is employed in. She looks ill and yet she works long hours for meagre pay to earn a living.

Sabrina arrived in Lebanon more than 10 years ago in search of work. Bangladesh, a developing country, had too many mouths to feed and too few job opportunities.

The move to Lebanon paid off. The Lebanese currency was pegged to the dollar at the rate of 1,500 pounds back in 1997 and used interchangeably on that basis. Sabrina would earn in dollars, save, and send her remittances back home where her family would convert the dollars into Bangladeshi takas and pay their expenses.

But as Lebanon’s economy collapsed so did Sabrina’s earnings. “It is simply not worth it to live here any more,” she said as she explained the impact of the economic crisis in Lebanon on the lives of migrant workers such as herself.

The currency crashed and even though the official exchange rate is still 1,500 pounds to the dollar, in the black market it has been trading between 11,000 and 15,000 over the last month. It lost 80-90 percent of its value, but Sabrina’s employers increased her remuneration only marginally.

Domestic workers like her are paid at an exchange rate far less than the market rate and are struggling to buy basic necessities. They are unable to send any money back home to their families in developing countries such as Bangladesh, Sri Lanka, Ethiopia, and the Philippines. Many are packing their bags and leaving.

Sabrina’s niece and her husband, who worked as a tailor in Beirut, have recently left the country and she intends to follow, soon. “They will be better off in Dhaka,” said Sabrina. “Our son-in-law will try and get a job in Saudi [Arabia].”

Scenes of Bangladeshi workers queueing outside Bangladesh’s embassy in Beirut have become common. Many need the embassy’s assistance to obtain documents to leave, since many stayed here illegally, including Sabrina and her niece, as well as support with flight money. Thousands have left in the last year and many more are planning to.

Ethiopian domestic workers were among the first to exit the country. Many were dumped outside the Ethiopian embassy by their Lebanese employers without their salaries.

Tayba, a 39-year-old Ethiopian worker, has been forced to take shelter in a tent outside the office of the UNHCR, the UN’s refugee agency, since she was sacked by her employer in 2019. She cleaned an office and earned $275 monthly.

The workers are not being paid their time’s worth because their employers, the Lebanese, can either not access their savings or simply do not have enough money. The country has been grappling with multiple crises and, according to the United Nations, more than half the Lebanese population has been pushed into poverty over just last year, and 23 percent have been rated extremely poor.

Lebanon is among the top two countries in the Middle East to hire domestic workers, mainly because it is seen as a lowly profession and there is a stigma attached to it. But some say it is time for the Lebanese to pick up the broom and do some cleaning.

Camille Abousleiman, the former minister of labour in Lebanon, said the exit of the migrant workers could be an opportunity.

“Our biggest problem is the drain on foreign exchange reserves,” he said. “Foreign workers are sending $2bn to their home countries every year. If that reduces, it helps us.

“It can also be a chance for the Lebanese to take these jobs. The transformation in mindset might take time but if dignity is restored to these jobs then it might happen,” Abousleiman added.

According to the Human Rights Watch (HRW), an estimated 250,000 migrant domestic workers, mainly from African and Southeast Asian countries, work in Lebanon. They are regulated by the kafala system, which has been widely described as exploitative. The workers are often emotionally, physically, and at times, sexually abused. They are often not paid their wages, are forcibly confined, and made to work excessive hours without respite.

In September, the labour ministry adopted a new standard unified contract for domestic workers that guaranteed overtime pay, sick pay, annual leave, and the national minimum wage. Most importantly, it allowed workers to leave employment without the consent of their employer.

But the new contract has not been implemented. It has been stalled by the Syndicate of the Owners of Recruitment Agencies and is currently under appeal. “As a result, migrant domestic workers in Lebanon continue to suffer from a litany of abuses,” said Lama Fakih from HRW.

The Lebanese are struggling too but no one believes they would put up with anything close to what workers such as Sabrina have endured daily. But the economic crisis has made it untenable for many workers to remain in the country.

“As the value of the local currency has plummeted the cost-benefit analysis no longer makes sense for workers,” said Fakih. “Employers insist on paying them in local currency at a highly depreciated rate – far lower than their agreed-upon salary in dollars – and these workers are opting to leave.”

Parvinder Singh Gotra is an Indian national who runs a restaurant in Daura – an area on the outskirts of Beirut that is inhabited mostly by migrant workers. For the last three months, he has been running a soup kitchen for the workers who lost their jobs and supplying them packets of staples such as rice, sugar, cooking oil, tea, and lentils. He said he knows of thousands of workers leaving the country.

“Domestic workers, 50 percent of those who lived here, have left. Others are leaving,” said Gotra. “The government is in losses, the companies are going bankrupt. No one cares about domestic workers here.”

It has become hard for even well-meaning Lebanese to pay their workers well. But Lebanon is in the prayers of many of these working ladies.

“I still love Lebanon and I have beautiful memories,” said Tanya, the Ethiopian. “I’m so sad to see what is happening to Lebanon and the Lebanese people. I’m praying for Lebanon, for an end to the hardship the Lebanese are facing.”

Sabrina, meanwhile, has started her paperwork to leave. 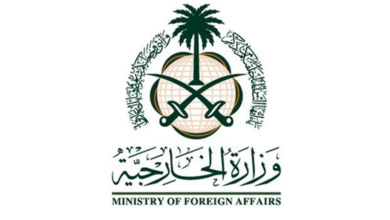