Libya’s parliament has voted unanimously against deals on security and maritime cooperation the UN-backed government in Tripoli signed with Turkey, days after Turkish lawmakers approved a troop deployment to chaos-wracked Libya.

Turkish President Recep Tayyip Erdogan and Fayez Serraj, the head of Libya’s Government of National Accord (GNA), signed the two controversial deals at a meeting in Istanbul in November.

On Saturday the parliament, which backs a rival administration in eastern Libya, rejected the deals.

The parliament also voted unanimously to cut relations with Turkey and refer Serraj for prosecution on the charge of “high treason” because he sought a foreign power’s military help, the house’s spokesman Abdullah Bleihaq told dpa new agency.

On Thursday, Turkey’s parliament passed a motion to allow a military intervention in Libya, voting in favour of a one-year mandate to deploy troops amid an escalating civil war.

It is not yet clear if Serraj’s administration will comply with the vote by Libya’s elected parliament.

Libya has seen been beset by conflict since a NATO-backed uprising toppled and killed longtime leader Muammar Gaddafi in 2011, with two administrations vying for power.

Haftar’s LNA has been threatening to target Turkish nationals and businesses in Libya and Turkish ships off the country’s coast, the motion passed by Turkey’s parliament said.

The civil war also threatens Turkey’s interests in the Mediterranean and North Africa, it added.

The Arab League has warned that foreign military interference in Libya will facilitate the arrival of foreign terrorist fighters into the war-torn country. 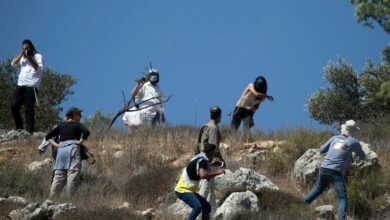