The new executive chairman of hospital operator NMC Health vowed on Saturday to work with authorities in Britain and the United Arab Emirates (UAE) to recover misused funds and called on the company’s creditors for a debt standstill.

Faisal Belhoul said in a statement that keeping NMC Health operating was a “national priority”, particularly as the country and the world battle the coronavirus pandemic.

Belhoul said putting the hospital operator into administration would “cause instability to the operating businesses of the NMC Group, creating additional pressure on the group’s liquidity and reducing value for all creditors.”

A temporary debt standstill, by contrast, would allow the firm to prepare and activate a recovery plan.

NMC’s stock has more than halved in value since December and trading in its shares was suspended in February. The decline was triggered by a report by short seller Muddy Waters that questioned the company’s financial statement.

Belhoul’s appointment was made after the company’s non-executive directors uncovered alleged theft and excess undisclosed borrowings by former directors of the company, the statement said.

Chasing down the perpetrators

Belhoul is a founder and chairman of Ithmar Capital Partners, which owns a 9 percent stake in NMC.

“We are working in full cooperation and in close dialogue with authorities in the UAE and UK, including the UK’s Financial Conduct Authority (FCA), and will vigorously chase down the perpetrators for return of these funds,” he said.

Abu Dhabi Commercial Bank, one of more than 80 local, regional and international creditors, said last week it had over $981 million exposure to NMC Health.

NMC Health claims to be the largest private healthcare company in the UAE, operating more than 200 facilities, which includes hospitals, clinics and pharmacies.

“The NMC Group is currently treating hundreds of people suspected of having COVID-19 and in the UAE has screened more than 10,000 workers for the virus in partnership with the Ministry of Health and Prevention and the Ministry of Human Resources and Emiratisation,” the statement said. 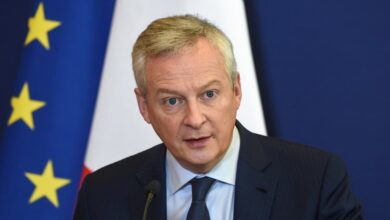