The ultra-rare prototype was the offspring of a short-lived collaboration between Nintendo and Sony, and was supposed to add CD-ROM support to the Super Nintendo.

Sony went on to create its own wildly successful PlayStation brand.

Heritage Auctions said it might be the last remaining Nintendo prototype, as the others were probably destroyed.

Its mysterious history led to the prototype gaining near-mythical status in gaming history.

“People had kind of heard about this story – Nintendo and Sony partnering up to make the next, or the sequel to, the Super Nintendo,” said Conor Clarke of the National Videogame Museum in Sheffield.

“But nobody really had confirmation that it existed. So it was mythical.”

That status, he said, may explain why it is now the most expensive gaming object ever.

Cash in the attic

Made in 1992, the Super NES CD-ROM was modelled after the successful Super Nintendo Entertainment System (Snes) – but with a disc drive in the base.

It was rumoured to play both Snes cartridges and CD-based games, although no official games were ever released using the CD drive.

However, the console does work. The auctioneers tested it with a Snes Mortal Kombat cartridge and “played a couple of rounds”. In addition, the disc drive plays audio CDs.

Most gamers had never seen the console until it was fished out of Terry Diebold’s attic by his son.

Mr Diebold purchased several boxes in an auction when his employer, Advanta, went under.

He once said in an interview he had been buying some of the company’s dinner plates and cutlery – but the lot contained other boxes, including the ultra-rare game console.

He paid $75 for everything.

It is thought that it came from the office of Olaf Olaffson, once a top executive at Sony Computer Entertainment, who had worked at Advanta.

The revelation that someone had found evidence of the myth was met with scepticism, Conor Clarke said. That’s until it was repaired, made functional, and started appearing at gaming conventions around the globe.

“Finding that object opened up this whole history, this whole story around the Nintendo and Sony partnership – that before then, had been relatively secret.”

The story of the Nintendo PlayStation comes from a time when Nintendo was riding high from its success with the Super Nintendo, and there were still a few years until its next major console release.

Several console makers were convinced CDs were the future of gaming, destined to replace the large plastic cartridges of the 1980s. Sega had the 32x and Sega CD systems, while Atari released a CD add-on for the Jaguar.

Nintendo’s collaboration with Sony ended poorly. A day after Sony announced the deal to the world in 1991, Nintendo announced a new partnership with Philips instead.

That decision changed the entire landscape of the gaming industry in the 1990s.

The Philips console, known as the CD-I, was a critical and commercial failure, with the four Nintendo games published for it considered among the worst in the company’s catalogue.

However, Sony went on to release a totally redesigned Sony PlayStation on its own. It became a worldwide sensation, selling more than 100 million consoles – more than double Nintendo’s own mid-90s offering, the N64.

“I don’t think anything really kind of took off until the PlayStation came in and really made gaming cool,” said Conor Clarke.

As for the Nintendo prototype, Mr Clarke said it would be “fantastic” to have it in a museum – even if it’s not his own. And the story behind it is more important than the machine itself.

“The provenance of a video gaming object is really what’s at risk of being lost,” he said. “The human stories behind it, or how it came to be.” EU Commission to make it easier to sue over AI products 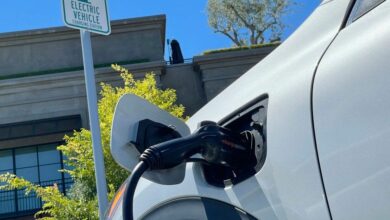 California to ban sales of petrol-only vehicles by 2035

‘Google’ is most searched word on Bing, Google says