Nine family members including six children were killed by a US drone strike aimed at a vehicle carrying a ISIS-K bomber in Kabul on Sunday, CNN reports.

The US carried out the strike targeting several ISIS-K suicide bombers who were en-route to Kabul’s airport, a US official said.

US Central Command said that subsequent explosions after the vehicle was destroyed suggested it was carrying a large amount of explosive material, which may have killed more people than the intended targets.

A two-year-old girl was the youngest killed, according to a relative of one of the dead.

They were an “ordinary family,” the relative said. “We are not ISIS or Daesh and this was a family home – where my brothers lived with their families.”

A neighbor told CNN that several people had died in the attack.

“All the neighbors tried to help and brought water to put out the fire and I saw that there were five or six people dead,” they said.

“The father of the family and another young boy and there were two children.”

Early reports including one citing an Afghan police chief suggested that a rocket attack in Kabul on Sunday had killed a child.

US officials soon afterwards confirmed that a drone strike had been launched at ISIS targets.

“We know that there were substantial and powerful subsequent explosions resulting from the destruction of the vehicle, indicating a large amount of explosive material inside that may have caused additional casualties.

“It is unclear what may have happened, and we are investigating further,” Capt. Bill Urban, spokesman for US Central Command, said in a statement.

The US launched another airstrike on Saturday on what they said was an ISIS-K planner in Afghanistan’s eastern Nangarhar province after the extremist group killed more than 200 Afghans and 13 US troops in a suicide attack on Kabul’s airport on Thursday. 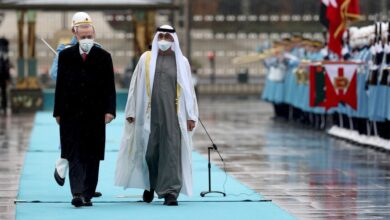 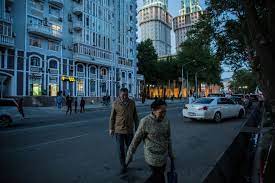