The 36-year-old retired professional wrestler is currently expecting her first child with the ‘Dancing with the Stars’ pro, but the pair are struggling to come up with names for their impending arrival, because they both have different cultural backgrounds that influence their moniker choices.

During a recent episode of the ‘Total Bellas’ podcast, Nikki explained that Artem’s Russian heritage means he wants to use his first name as the tot’s middle name, whilst she would prefer to come up with their own middle moniker.

Artem then argued: “I’m gonna defend my culture and history. You just talked about how important it is for the child to experience different cultures and now you’re totally dissing it. Why would you want to just make up a middle name when the name should be coming from family and previous generations? I think it’s really important.”

The professional dancer also defended his corner when he said it “mixing cultures” might cause pronunciation problems.

He added: “The problem is if you mix cultures … if [a person’s whole name] stays completely Russian from the beginning to the end, then it flows. But when you put like, an American name with the last name of a Russian and then a made-up middle name, it just becomes like, an extreme hybrid of names, that I dunno if it’s gonna work.”

The couple’s dispute isn’t causing a rift between them though, as Nikki joked she would go out of her way to pick “Mexican first names” just to annoy her fiancé.

She teased: “You know, we’re gonna make it a Mexican first name. And then it’s gonna have a Russian [middle name].”

To which Artem said: “I have nothing against it.” 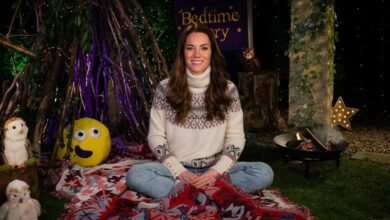 Rumors That Nassif Zeitoun and Daniella Rahme Are Engaged