The United States will slap new sanctions on a number of Iranian officials and entities including a judge who sentenced Iranian wrestler Navid Afkari to death, US Special Representative for Iran and Venezuela Elliott Abrams told a hearing at the Senate Foreign Relations Committee on Thursday.

“The US is committed to holding accountable those who deny freedom and justice to people of Iran and later today United States will announce sanctions on several Iranian officials and entities including the judge who sentenced Navid Afkari to death,” Abrams said during a hearing at the Senate Foreign Relations Committee.

Navid Afkari was executed earlier this month after being convicted of stabbing a security guard to death during anti-government protests in 2018, Iranian state media reported, in a case that has sparked international outcry.

Iran’s Supreme Court rejected a review of the case in late August.

Afkari’s case had sparked an outcry from Iranians on social media and from international human rights groups. US President Donald Trump also called on Iran this month not to execute the wrestler.

The athlete’s family has maintained that his conviction depended on a confession that was extracted through torture, which Afkari later recanted.

Earlier this week, the United States slapped new sanctions on Iran’s defense ministry and others involved in its nuclear and weapons program to support the US assertion that all UN sanctions against Tehran are now restored, which key European allies as well as Russia and China reject. 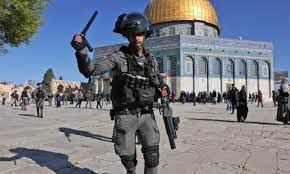