Many students and teachers have been injured after they were allegedly attacked by members of right-wing students’ group in New Delhi’s Jawaharlal Nehru University (JNU) on Sunday.

Witnesses said violence followed a public meeting organised by the JNU Teachers Association in connection with a rise in hostel charges for the students announced some weeks ago.

The JNU Students Union, led by left-wing groups, said its president, Aishe Ghosh, and many other students were injured in stone-pelting and attacks by members of right-wing students’ group Akhil Bharatiya
Vidyarthi Parishad (ABVP).

But ABVP, which is linked to the ruling Hindu nationalist Bharatiya Janata Party (BJP), alleged that its members were attacked by left-wing student groups.

News channels also showed groups of masked people said to be from outside the campus – which student bodies blamed on each other’s factions – brandishing rods and sticks, singling out students and teachers and vandalising property. 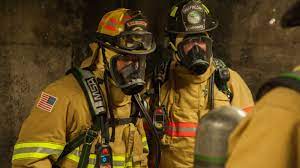 Duterte administration hints at US: All treaties must go