Since the start of the pandemic, public health officials have advised people to avoid touching their face – but the recommendation is easier said than done.

Now, a new app aims to drive the message home by alerting users when they touch their eyes, nose or mouth.

Called Face Touch Aware, the technology pairs with an Apple Watch and uses the device’s gyroscope to track how you move your hand.

The app alerts users with vibrations and sounds when it detects the watch moving towards their face, with the hopes they will fight the urge.

Developers hope it will help cut down the 23 times an hour the average person touches their face.

According to the World Health Organization, hands easily pick up viruses from various surfaces.

Once contaminated, they can transfer coronavirus or other diseases to your eyes, nose or mouth and enter your body.

Developed by a team of doctors and programmers in Silicon Valley, it automatically vibrates and makes a sound when it detects that you have touched your face.

Typically, the alarm won’t sound until after you’ve already touched your face, but the bigger goal is ‘to increase awareness of face-touching.’

It also won’t sound more than once every three seconds, so if you touch your face multiple times quickly it will only register once.

‘This is both an Apple Internal Software Limit… and also to avoid annoying app users with continuous beeping,’ according to a press release.

Users can adjust its sensitivity or set it to only vibrate or make a sound.

Neuroscientist Don Vaughn, who co-created Face Touch Aware, says the app, available in the Apple App Store for $3.99, is helpful for anyone looking to reduce their chances of getting sick, period.

‘Many common diseases enter the body when we touch the eyes, nose, or mouth,’ Vaughn told The Daily Mail. ‘The app also may help people who want to prevent the acne that develops from oil on the hands coming in contact with the face.’

He added that people are ‘absolutely shocked’ by many times they unconsciously touch their face.

Once they realize they’re thrilled to have a technological assist to break the habit, ‘which is very hard to do with willpower alone.’

Down the line, the app’s developers may expand it to detect other types of touching habits people want to break, like biting their fingernails or pulling on their hair.

Experts have been devising different ways to get people to stop face-touching.

In March, the UK Cabinet Office’s Behavioral Insights Team suggested keeping your hands in pockets or folding your arms, and using glasses instead of contact lenses.

It also recommended friends and coworkers shout the word ‘face’ every time someone reaches toward their mug.

The website DoNotTouchYourFace.com uses webcams to track users actions and plays a loud ‘NO!’ recording whenever it detects them reaching for their face.

Free to use, it’s intended to run in the background as you go about your workday.

Separately, engineers in Seattle came up with a bracelet that buzzes gently when you go to scratch your nose, rub your eyes or wipe your lips.

The wristband, called the Immutouch, retails for $50. 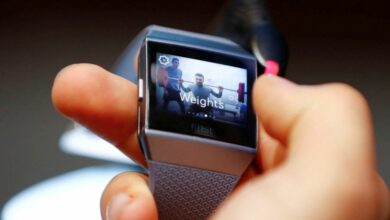 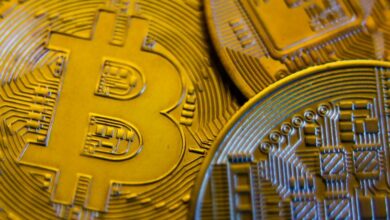 Obama-nominated judge picked to hear US antitrust case against Google