Israeli Prime Minister Benjamin Netanyahu announced Monday a complete lockdown over the upcoming Passover holiday to control the country’s coronavirus outbreak, but offered citizens some hope by saying he expects to lift widespread restrictions after the week-long festival.

Netanyahu’s announcement came as leaders of the Coptic Orthodox Church in neighboring Egypt said they were suspending Easter celebrations due to the Covid-19 pandemic.

Israel has already greatly restricted movement to help slow the outbreak, allowing people to leave their homes to buy food or other essential activities.

In a nationally televised address, Netanyahu said the government was further restricting movement for Passover, which begins Wednesday evening with a festive meal known as the “Seder”.

“Every family will sit down for Seder night on its own. Celebrate only with the immediate family that’s at home with you now,” he said.

Beginning Tuesday afternoon, Israel will ban movement between cities. From Wednesday evening until Thursday morning, Israelis will not be allowed to leave their homes.

Netanyahu said similar travel restrictions would be in place for the upcoming holidays of Easter and Ramadan later in April.

At the same time, he said “there are positive signs on the horizon” and that preparations were already underway for a possible easing of movement restrictions after Passover.

Israel has reported nearly 9,000 cases of coronavirus and 57 deaths.

Cases in Israel are concentrated heavily in the ultra-Orthodox community where health restrictions have been slow to take root, with some refusing to accept the limitations.

Netanyahu on Friday gave the green light for soldiers to be deployed in the mostly ultra-Orthodox city of Bnei Brak, which is considered the centre of Israel’s novel coronavirus outbreak.

In Egypt, the Coptic church said it was suspending Easter prayers and celebrations at churches later this month.

Mosques and churches have already been ordered to shut across Egypt to slow the spread of the deadly virus. Egypt on Monday reported 149 new infections, the biggest single-day jump so far, bringing the case count to 1,322 and 85 fatalities.

How Should Jesus be Portrayed? Look at The Cultures 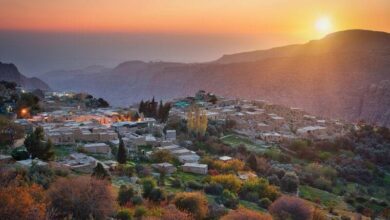