Al-Rumayyan was speaking during the first panel discussion at the fourth edition of the Future Investment Initiative summit. The event has brought together 8,000 participants from 94 countries under the theme of the “The Neo-Renaissance.”

“NEOM THE LINE … is a revolutionary new idea. As the Crown Prince announced, we will have zero emissions, 100 percent renewable energy, we will reshape the urban design of the next generation cities, that will be a big spending. The infrastructure itself will be between $100-150 billion, then after that the next stage of the project will start,” al-Rumayyan said.

THE LINE is a new 170-kilometer (km) belt of hyper-connected communities, designed without cars or roads and in concert with nature. The communities will be powered by artificial intelligence technology designed to learn and improve the lives of residents and businesses.

“We would like the future generations to enjoy the future nature around them … that is part of the bigger plan that the kingdom has to preserve nature,” al-Rumayyan added.

The project is part of NEOM and the Kingdom’s Vision 2030 plan, an ambitious program designed to diversify Saudi Arabia’s economy. THE LINE will generate around 380,000 job opportunities and contribute 180 billion riyals ($48 billion) to the country’s gross domestic product (GDP) by 2030, according to a statement released during the project’s announcement.

The financial outlook for 2021

Speaking on the dramatic recovery in international stock markets after a significant dip early in the pandemic, Fink said, “capitalism really flourished in 2020.”

For the rest of 2021, Fink noted that as herd immunity to COVID-19 grows, economies will begin to broaden as normality begins to return.

“I would say the fundamentals going into 2021 are pretty favorable for long term investment,” he said.

In response to the pandemic, governments and central bank authorities have released unprecedented funding to combat the economic shock caused by COVID-19, with interest ranks being held historically low. With a recovery in sight, inflationary pressures could return, Fink warned.

“Herd immunity can be achieved in developed economies somewhere around September … that will create demand for jobs, and it will become more inflationary … I think it’s fair to assume we are moving back into an era of inflation,” Fink said.

Technology firms in particular have seen record valuations spike as authorities ask people to stay at home, leading to higher usage of technology products. Regulators have also begun to inquire into the major technology companies in the US and the EU as questions over monopolistic practices have been raised. When asked, al-Rumayyan said the PIF was watching the situation.

“We are definitely looking into it, but our investment is not only going into the bigger companies, we are interested in the whole spectrum … We go to early stage investments, like autonomous driving, sharing economy, pharma and healthcare, in addition to the traditional technology companies,” he added.

While stock markets have seen record highs throughout the pandemic, unemployment has spiked, prompting many experts to question how sustainable this disconnect between the real economy and financial markets really is in the long term. Al-Rumayyan urged caution in the face of this dynamic.

FII takes place from January 27-28 and will be attended by tech pioneers, investors, executives, and policymakers to maximize the potential of this impact-oriented conference.

The speakers, of whom 60 will be attending in-person and 90 virtually, will discuss how the rebirth of the global economy could be shaped despite the barriers imposed by the COVID-19 pandemic. 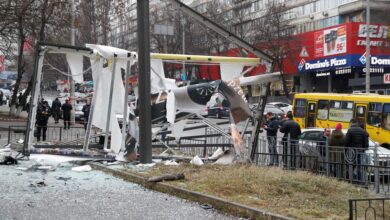 UNWTO Urges Touristic Destinations to be Accessible for All