Nearly 1,000 migrants crossed the Channel in small boats on Saturday, the UK government said Sunday, as growing numbers of arrivals have exacerbated tensions between Britain and France.

The defense ministry said 960 migrants were detected making the dangerous crossing in 20 boats.

This came after 1,295 migrants were spotted making the crossing on August 22, setting a new record for a single day.

The issue has caused a major political headache for the UK government, which promised tighter border controls after leaving the European Union.

Tensions have risen between London and Paris, with the UK government accusing France of not doing enough to stop the crossings.

So far this year there have been more than 26,000 crossings, while now is the peak time of year for those attempting to enter the UK this way.

The UK last month vowed to speed up removals of Albanians illegally entering the country as official statistics showed they were now the largest single group making small-boat crossings of the Channel.

In previous years, asylum seekers from war zones made up the vast bulk of small-boat arrivals. 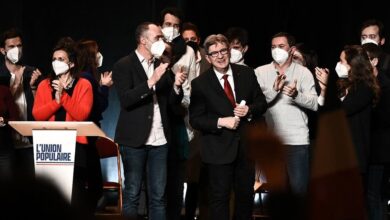 EU set to unveil plan for reopening of summer travel COVID amid food insecurity: A perfect storm is brewing in N Korea