George, 64, shared that Josey, five, asks about his mom a lot and said that the boy’s father Ryan Dorsey and Naya’s younger sister Nickayla ‘are doing a really great job’ raising him.

Nickayla moved in with the Glee star’s ex-husband Dorsey following her death so they could focus on Josey’s welfare.

George acknowledged that it has been a ‘tough situation’ because Josey was there when his mom died. 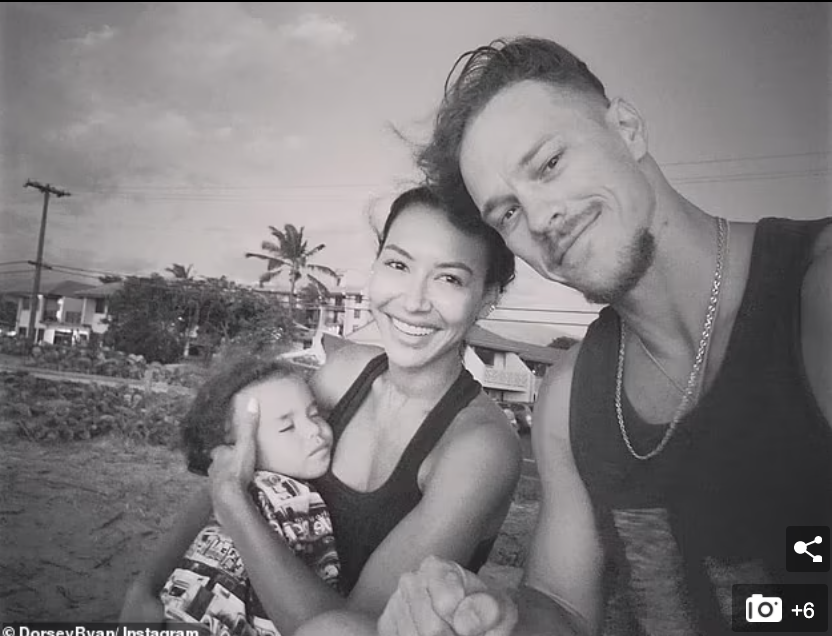 Naya had taken Josey on a boating trip at Lake Piru, north-east of Los Angeles, on July 8.

The two had taken out a boat onto the middle of the lake and then gone for a swim. Naya got into difficulties and after managing to get her son back onto the boat, she disappeared below the water.

Josey was found hours later by rescuers but Naya’s body was not recovered until five days later after a huge search and rescue effort.

A coroner subsequently ruled her death as ‘accidental drowning’.  She was 33.

Speaking to People last week, Naya’s dad revealed that she FaceTimed him shortly before her death to seek his advice on whether it was safe to swim.

‘She would always bounce stuff off me,’ George explained. ‘And she wanted to go swimming with Josey out in the middle of the lake.’

After Naya told him that the boat did not have an anchor, George said he strongly cautioned her against going for a swim.

George said that their call dropped after about three minutes and his instincts were telling him that something was wrong.

‘It was just heartbreaking,’ he told People. ‘I had this bad feeling that was just killing me.’

He added: ‘It’s still pretty much a big blur of pain almost a year later… I miss her every day.’

Priyanka Chopra Might Love Food But She’s Horrible at Cooking