Croatia is in a social crisis and, with no substantial difference between two candidates currently vying for the presidency, there is little reason for optimism, according to the International Institute for Middle East and Balkan Studies (IFIMES).

On Sunday, Croatia’s conservative incumbent President Kolinda Grabar-Kitarovic of the ruling Croatian Democratic Union (HDZ) and Zoran Milanovic, a former prime minister, will face off in the second and final round of the presidential election.

Croatia is mired by organised crime and corruption, poor functioning of the judicial system, strong underground intelligence and potent influence of the Roman Catholic Church.

But according to the IFIMES’s latest report, the election campaign has instead focused on nationalism, with Grabar-Kitarovic and Milanovic trying to convince voters they are the bigger and better Croat.

The vote comes at an important time – Zagreb now assumes the six-month rotating European Union presidency and will preside over the United Kingdom’s likely exit from the bloc.

But the campaign saw candidates courting for votes from the right-wing and far-right Croats.

The powers of the president are limited, mostly holding a representative role abroad and serving as the head of the armed forces.

Grabar-Kitarovic, who won fewer votes than Milanovic in the first round, stirred controversy earlier this month when she posted a photo on her Instagram account commemorating the death of convicted Bosnian Croat war criminal Slobodan Praljak.

The campaign took another dramatic turn when the HDZ party promoted an advertisement of Julienne Busic endorsing Grabar-Kitarovic.

Busic received a life sentence after hijacking a Trans World Airlines flight departing from New York, bound for Chicago, with her husband, Croatian nationalist Zvonko Busic and three other Croatian hijackers in 1976.

An NYPD officer was killed while trying to defuse a bomb they had left at Grand Central in New York City.

‘Schizophrenic’ policy
HDZ seeks adversaries in Serbs, Serbia, Bosnia, Yugoslavs, migrants and refugees and of a so-called “Islamic threat” due to a “somewhat schizophrenic policy” led by Grabar-Kitarovic, IFIMES noted.

It added that Milanovic, despite supposedly leaning left, also builds his foreign policy on the threat from the “so-called Islamic terrorism, which according to them comes from Bosnia and Herzegovina”.

During Grabar-Kiatrovic’s term in office, HDZ politicians and the incumbent president have often made unfounded claims, depicting Bosnia and Herzegovina as a “radical Muslim haven”.

According to the European Islamophobia Report 2018, this tactic is meant to undermine the country with the aim of dividing it territorially.

This was reiterated in a TV debate on Thursday, in which Milanovic stated that “jihadists in Bosnia” are a reality.

“It’s a country where there are a lot of Muslims, from where people leave to fight in the Middle East and come back indoctrinated,” Milanovic said.

Grabar-Kitarovic’s term has seen deteriorating relations with its neighbours Bosnia, Serbia and Slovenia, and Milanovic has shown no alternative.

“Grabar-Kitarovic and to some extent Milanovic conditionally support the establishment of a third Croat entity and perceive a part of Bosnia as [part] of the ‘great-state’ project,” IFIMES said.

The report added that they both deny war crimes that Croatian and Croat forces committed during the conflict in the early 1990s.

The International Criminal Tribunal for the former Yugoslavia had ruled in 2017 that Croatian leaders, including its President Franjo Tudjman, had led a “joint criminal enterprise” project, in which Croatia held parts of Bosnia under a state of occupation, with the goal of annexing the territory.

“Analysts believe that, in his-or-her work, the new president of Croatia will have to pay more attention to the reform of the intelligence-security system, which is systematically working on destabilisation of Bosnia and Herzegovina and toppling of Serbian President Aleksandar Vucic.

“Other peoples also have their historical divisions, but not many focus on and idealise the dark past at the cost of their future like the Croats and Croatia do,” the report said.

“Such a policy leads the state into a situation of harmful ideological divisions, increase of tensions and even conflicts with minorities and neighbors. That is why the presidential elections could be a turning point for the Republic of Croatia.”

Heroic Mom Saves Her Son From Blazing Fire in The UAE

‘God of Chaos’ Asteroid Travels at Great Speed Towards Earth and May Destroy it! Dubai authorities say cracking down on owners of illegal wildlife 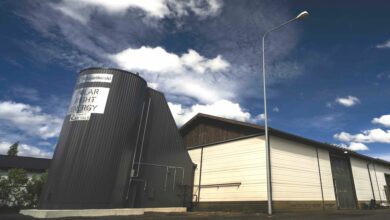