The Egyptian scene was an ever-present influence, but the lyricist, composer and oud player also points to the importance of Lebanese, Syrian, Yemeni, Moroccan and Algerian music as he grew up.

“I feel fortunate to have grown up in an era full of diversity, difference and experimentation,” Awayez tells Arab News from Cairo, ahead of the launch of his debut album, “Manbarani,” due for release late this month.

“It was in this atmosphere that I was getting more enthusiastic about music. I started going to places that musicians would go, attending music events, reading a lot, listening a lot. I began to learn the oud from music teachers in Amarah, and became involved in the youth community band. It was clear early on that I was learning the oud for the sake of composing. I composed a song from the first maqam I learned!”

In 1979, Awayez moved to study philosophy in Bulgaria, where he continued to develop musically. “Coming to Bulgaria at an early age was amazing, a new, energetic freedom blew up inside me after the social conditions back in Iraq,” he recalls. “Bulgarian music is very distinguished, and has been subjected to many cultural interventions throughout the ages. It’s difficult to live in Bulgaria without being influenced by its music.”

After his studies, some of Awayez’s Yemeni friends suggested he come and find work in their country, in which he had long been fascinated. The opportunity was too good for him to pass up and he moved in 1981.

“I stayed in Aden for several months,” Awayez says. “I tried to get a job in music, but I did not know anyone and no one knew me. In a job interview with the Education Authority, I was told there was a vacancy in Bayhan, in the middle of the desert. I said yes.”

His exposure to Yemeni music was, in Awayez’s own words, “a positively violent shock.” “They play the oud as if they are outside the limits of physical nature, underpinned by complex rhythms brimming with hidden magic. Everything is simple, and almost impossible at the same time,” he says.

It turned his perception of music on its head and, after 18 months, Awayez moved to Abyan to found a band of musicians affiliated with the Yemeni youth association. Here, he refined his skill at composition while working with local musicians. He moved to Sweden in 1986, and once again sought out collaborators and threw himself into the musical culture. Awayez founded The Art Consulate in 2013, an independent organization focused on establishing intellectual dialogue between Europe and the Middle East, which led him to move to Cairo in 2015.

To say that Awayez’s musical journey has been globetrotting is the height of understatement. The culmination of that development is his seven-track debut record. Awayez and producer Maurice Louca called on some of the region’s best-known musicians, including Tamer Abu Ghazaleh and Maryam Saleh (Louca’s bandmates in Lekhfa — Awayez describes the latter as “the most important songwriter and singer in the Arab region”), Aya Hemeda and Adham Zidan (of Egyptian band The Invisible Hands), Khaled Yassine (of Lebanese trio Malayeen) and violinist Ayman Asfour.

“We chose musicians we admired and appreciated,” says Awayez. “‘Manbarani’ describes the journey of a displaced person chasing manifestations of notions connecting being, homeland, love and God with places. There is a common denominator in that each song developed from a vague musical fragment, a small piece of four or six verses that I composed at some point in time.”

Awayez gave Louca — whom he has collaborated with for many years — creative license to have the featured musicians contribute their own character and ideas. “I didn’t consider it my role — nor did I seek to — to refine or polish Natik’s sound,” says Louca. “He’s an amazing songwriter and when he approached me to work on his songs, my inclination was to highlight the musical ideas and emotional expressions already present. When it came to the arrangements and production, I wanted elements that would avoid overshadowing just how beautiful and rich the songs already were.”

Awayez is full of praise for each and every musician on the record. “It is work that draws its energy from Iraq, its pulse from Yemen, and its soul from Egypt,” he enthuses. “You may hear unusual musical compositions, and you may find artistic components interacting with each other for the first time. Listen to it with an open heart, and without preconceptions.” FIFA lifts Indian federation ban, U-17 World Cup to go ahead as planned 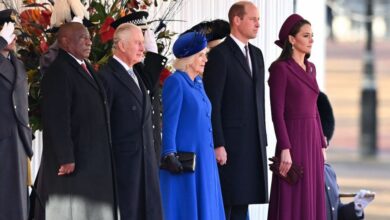