Dr. Fadi Al-Hashem, husband of Lebanese singer Nancy Ajram, has been released in the murder case concerning a thief who tried to rob his villa.

Al-Jadid journalist Darine Chaheen published the first photo of Nancy and her husband Fadi, after he had been away from his family for 40 hours while he was being investigated.

After his release, Fadi refused to hold any television or press interviews due to the psychological condition he was undergoing.

The Prosecutor of the Court of Appeal in the Mount Lebanon region issued a decision yesterday to release Dr. Fadi Al-Hashem, following investigations into the killing of the thief who broke into their house days ago resulting in an exchange of fire. 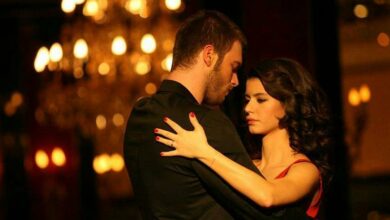