A North Korean mother has been threatened with jail after saving her two children from a house fire but allowing portraits of North Korea’s leaders to burn.

The woman has been placed under investigation by the country’s Ministry of State Security after a fire broke out in a home shared by two families in Onsong County, North Hamgyong Province, close to the Chinese border.

Both sets of parents were out at the time the fire started, but raced back to save their families after seeing smoke. In the process, one set of portraits was destroyed.

North Korea demands that every home display paintings of its past leaders, Kim Il-sung and Kim Jong-il, and sends inspectors to ensure that they do.

According to the Hermit Kingdom’s laws, all depictions of the Kim family must be treated with the same reverence as the men themselves – meaning failure to care for the portraits properly is a serious crime.

If found guilty, the mother is facing a lengthy prison sentence with hard labour.

As a result of the investigation, she cannot tend to her children in hospital, nor obtain antibiotics for their burns, newspaper Daily NK reported.

Neighbours were said to be eager to help, but decided to stay away fearing that she will be charged with a political crime.

‘The mother will be able to focus on caring for her children once the authorities end their investigation,’ the source said.

North Koreans who rescue their Kim portraits from floods and fires are feted as heroes – especially if they die in the attempt.

Jun Yoo-sung, who fled the country in 2005, recalled such an incident in a 2015 interview.

‘When a house was set on fire, some child was found to have been burnt to death holding on to those portraits,’ she said.

‘Of course, such incidents are used for North Korean propaganda.’

Han Hyon-Gyong, 14, drowned trying to save her family’s Kim portraits after a flash flood struck her home in Sinhung County, South Hamkyong, in 2012.

She was posthumously awarded the Kim Jong-Il Youth Honor Award and her school was renamed in her memory.

A hero has even emerged from the blaze in Onsong County. A young farm worker who managed to save the portraits belonging to the other family is now being celebrated, despite recently serving time for a violent crime.

Meanwhile those desecrating depictions of the leaders are harshly punished.

Otto Warmbier, an American student visiting Pyongyang, was sentenced to 15 years in prison with hard labour for pulling down a poster featuring the name of Kim Il-Sung.

There are also numerous rules concerning how the paintings are hung; they should be on the most prominent wall in the living room and high up, so that nobody can stand higher than them.

They must be kept clean too – a layer of dust is punishable with a fine, with the size of the sum dependent on the thickness of the layer.

Ray Cunningham, from Homer in the US state of Illinois, has visited North Korea six times and witnessed on multiple occasions the reverence with which Kim portraits are treated at home.

He said: ‘They’re kept on the ‘honour wall’ in the living room and the wall is clear of anything else except awards from the leadership. Group photos with the leaders are also put up.

‘Nation, race and the Kim family are one concept. To degenerate one is to degenerate all.

‘We call it crazy Confucianism. It is ancestor worship gone wrong.’

Yet Kim Jong-un’s portrait is not usually among them; his first official portrait was only released in 2018 after seven years in power.

It’s unclear in the present case why the mother alone is under investigation, however responsibility for tending to the portraits usually falls on the lady of the house. 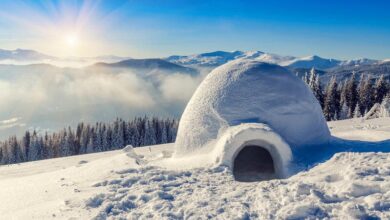 How? Pakistani YouTuber Seeks to Eliminate Global Poverty by Education

What Did You Read in Quarantine? This is What Moroccans Had to Say! Why is Sesame Street Being Branded as Racist?