North Korea’s Supreme People’s Assembly (SPA), the isolated state’s rubber-stamp parliament, will meet next month to discuss economic policy and other issues, according to state media, as the country faces mounting economic crises.

On the agenda for the September 28 meeting are “modification and supplementation” of the national economic plan, as well as laws related to city and country development, education and recycling, KCNA news agency reported on Thursday.

The North Korean parliament rarely meets and usually serves to approve decisions on issues such as governing structures and budgets that have been created by the state’s powerful Workers’ Party, members of which form the vast majority of the assembly.

The decision to convene the parliament came at a plenary meeting of the SPA’s standing committee on Tuesday, KCNA said.

North Korea’s economy suffered its biggest contraction in 23 years in 2020 as it was battered by continued UN sanctions, COVID-19 lockdown measures and bad weather, South Korea’s central bank has estimated.

North Korea has not confirmed any COVID-19 cases but closed borders and imposed strict prevention measures, seeing the pandemic as a matter of national survival.

This summer has seen another round of damaging storms, raising concerns that the harvest could be affected.

Earlier this year, Kim said that the country’s current economic woes are similar to that of the 1990s, when the North faced extreme poverty and starvation, and he urged citizens to prepare for a tougher battle.

The parliament session also comes after the country reshuffles its top party officials, including Ri Pyong Chol, vice chairman of the Central Committee of the Workers’ Party who has reportedly been dismissed from his post, according to South Korea’s Yonhap news agency.

It usually holds a plenary session in March or April to deal mainly with budget and cabinet reshuffles, Yonhap noted.

The upcoming meeting in late September will be the second such event of the year after a session was held in January. 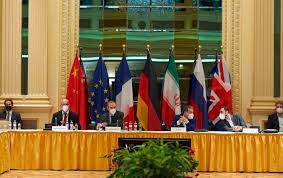 Israel says Pakistan not among states it may have ties with

Pope Francis calls for dialogue between Egypt, Ethiopia and Sudan over Nile dam