The book Mysteries of the Sufi Path, launched yesterday electronically at the Shoman Foundation in Amman, represents a study which focuses on the history of Sufism in Jordan, through anthropological rituals, social culture, the religious identity of Jordanian society, and the rituals of popular religiosity, such as visiting the shrines of prophets and saints and blessing them.

The book contributes an in-depth study of the “Sufi order society” in Jordan: the nature of the relationship between them and the new Sufi community, through interviews, dialogues, community monitoring and analysis. It tackles the state’s policies towards Sufism and the position of the Sufis towards the state and political work as well as the main political concepts: such as democracy, security, pluralism, and their vision of the state they want and how to deal with other societal forces, especially Islamism.

Dr. Abu Rumman explained at the launch that what has prompted him to work on this book is the idea of continuing to explore the different faces of Islamists after covering Salafis, radicals, Muslim Brotherhood and so on. He added there has been an evident growing interest in Rumi, mysticism and the Sufi teachings locally, regionally and internationally on social media and elsewhere which merited the anthropological study.

“I found myself in a whole different world, unfamiliar to me, that has its own terminology, poetic expressions and entire culture which differs from all other Islamic movements that I have studied before.”

One of the main challenges of the study according to Dr. Abu Rumman is that the whole Sufi narrative in Jordan is oral and not documented. He had to meet people and go places to uncover this mystic world within Jordan, only to find out that it is much richer than he had thought, deep rooted and unique, united yet diverse. Many of its religious leaders, have roots and mentors in Iraq, Hijaz and Syria and so you cannot really limit it to any geographical boundaries.

What makes the work special, he explained, is its in depth study of the Sufi paths and schools such as the Naqshabandi, Shatheli and Rifaii; what each path is about and how they differ and meet. 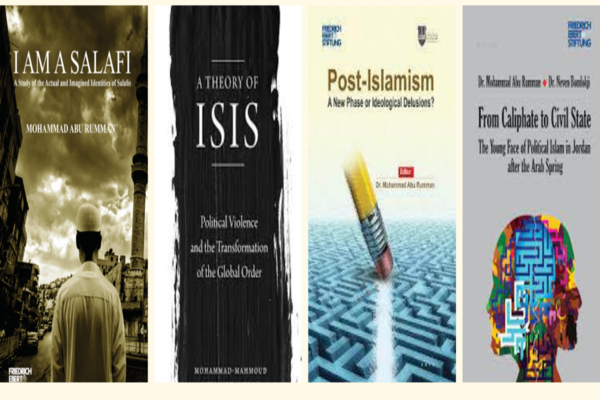 The book is published in cooperation with the Friedrich-Ebert-Stiftung (FES) in Jordan who collaborated with the writer for more than 13 years; thus producing important in depth books on Islamic movements, phenomena and radicalization. These include; The struggle Over the New Rules of the Game : the State and Muslim Brotherhood in Jordan, Post-Islamism: A new Phase or Ideological Delusions?, From Caliphate to Civil State: The Young Face of Political Islam in Jordan after the Arab Spring, The Prospects of Political Islam in a Troubled Region: Islamists and Post-Arab Spring Challenges, I am a Salafi: A Study of the Actual and Imagined Identities of Salafis, Infatuated with Martyrdom: Female Jihadism from Al-Qaeda to the ‘Islamic State,’ Methods of Preventing and Combating Terrorism in the MENA Region and in the West, The Secret of Attraction: ISIS Propaganda and Recruitment, The Rise of Religious Radicalism in the Arab World: Significance, Implications and Counter-strategy, and others. 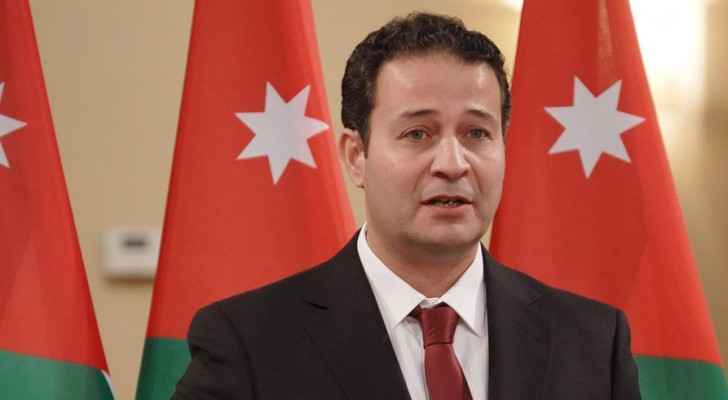 Dr. Abu Rumman was appointed as the Minister of Culture and Minister of Youth since 2018. Moreover, he is the Director of political studies units at the Center for Strategic Studies at the University of Jordan, in addition to being a researcher in the same center. Furthermore, he is a writer in the daily Al-Ghad newspaper of Jordan and the Director of studies in the newspaper.

The Friedrich-Ebert-Stiftung (FES) engages in extensive activities across the entire MENA region. In Jordan, FES opened its office in 1986 and is accredited through a long-standing partnership with the Royal Scientific Society (RSS). The work of FES in Jordan and Iraq is financed by the German Ministry of Economic Cooperation and Development (BMZ). Additionally, FES Amman receives project-specific funding from the German Ministry of Foreign Affairs (AA) and from other third-party donors.

The activities of FES Amman aim at promoting democracy and political participation, supporting progress towards social justice and gender equality as well as at contributing to ecological sustainability and peace and security in the region. FES Amman supports the building and strengthening of civil society and public institutions in Jordan and Iraq.

New coronavirus variant ‘not out of control’: WHO

Why is This Indian Man Honored in The UAE?