Myanmar’s military chief and coup leader Min Aung Hlaing has held his first, and long-awaited, meeting with Russian President Vladimir Putin, in a further sign of the deepening ties between the two sanctions-hit countries.

Min Aung Hlaing, who seized power from Myanmar’s elected government in a coup in February 2021, has visited Russia twice since the coup — most recently in July — without securing an audience with Putin.

He finally did so on Wednesday on the sidelines of the Moscow-organised Eastern Economic Forum (EEF), which is taking place in Vladivostok, Russia’s most-eastern city.

“Our relations are developing positively,” the RIA news agency, quoted Putin as saying during the talks. Putin is only the second foreign leader to meet Min Aung Hlaing since the military’s power grab.

Myanmar was plunged into crisis by the coup, which triggered large-scale protests and a nationwide movement of civil disobedience. More than 2,000 people have been killed in the military’s crackdown on its opponents, and the regime’s refusal to follow a regional plan to end the violence, as well as international sanctions, have left it increasingly isolated and looking to deepen its partnerships with long-term allies such as Russia.

Moscow, meanwhile, is also under pressure over its invasion of Ukraine that started six months ago.

The state-run Global New Light of Myanmar said the chairman of the self-styled State Administration Council met Putin adviser Anton Kobyakov on Tuesday night, publishing photos on its front page of the two delegations sitting opposite each other at a long table.

The delegations discussed “building good relations as good friends between the Russian Federation and Myanmar and (the) two armed forces,” the newspaper said, noting that 2022 marked 75 years of diplomatic relations between the two countries.

The talks also covered wider economic cooperation including direct flights between the two countries to boost tourism and the oil and gas trade. 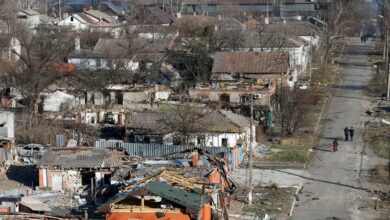