Lawyers for Aung San Suu Kyi say the deposed Myanmar leader was unable to attend a scheduled court hearing because she felt ill.

The 76-year-old is being tried in Myanmar’s capital, Naypyidaw, on a raft of charges including illegally importing walkie-talkies and violating COVID-19 rules during the 2020 election campaign.

The hearing on Monday was to have been the first since July when sessions were suspended as a measure against a serious nationwide coronavirus outbreak.

Lawyer Min Min Soe told the Reuters news agency that Aung San Suu Kyi held a brief pre-hearing meeting with her legal team on Monday morning before returning to the compound where she is being held under house arrest.

“It is not serious sickness,” said Min Min Soe. “She suffered car sickness. She cannot stand that feeling and told us she wanted to take a rest.”

Another of her lawyers, Khin Maung Zaw, told The Associated Press that all those involved in the court hearings had been tested for COVID-19 on Sunday. Aung San Suu Kyi has also been vaccinated against the virus.

He said Aung San Suu Kyi had a runny nose and “was dizzy because the car was bumping so much. So we asked the court to postpone today’s appointment”.

Aung San Suu Kyi was deposed by the military in a February coup that sparked a mass uprising. The military said it seized power because last November’s general election, which Aung San Suu Kyi’s National League for Democracy (NLD) won in a landslide, was tainted by widespread fraud. The NLD has denied this, and independent election observers have said the allegation has not been substantiated.

The Nobel Peace laureate was detained on the morning of the coup and her only communication with the outside world has been through her legal team, which says its access to her is limited and monitored by authorities.

Journalists are barred from the proceedings against the deposed leader, who also faces additional charges of sedition, accepting illegal payments of gold and violating a colonial-era secrecy law. The latter is punishable by up to 14 years in jail.

Her lawyers reject all of the allegations.

She said a prosecution witness testified on the charge that Win Myint had also broken COVID-19 pandemic restrictions during the 2020 election campaign. 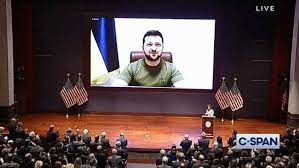