Myanmar’s military has further tightened its grip on the country’s jade trade, using the industry to finance the February 1 coup that plunged the country into turmoil, a new report released on Tuesday says, naming the son of army chief Senior General Min Aung Hlaing as among those who directly profited from the enterprise.

Global Witness said corruption within the country’s jade sector “reaches into the very top ranks of the military”, and the February 1 coup had only enhanced its ties to the multibillion-dollar industry whose business mostly goes to China.

“Our revelations about the military’s increased control of the multibillion-dollar jade trade is emblematic of the Tatmadaw’s broader capture of valuable sectors of the country’s economy, which funds their abuses, fuels conflict and helped enable their recent illegal power grab,” said Keel Dietz, Myanmar policy adviser at the watchdog, which exposes links between human rights abuses and the environment.

The report warned that the coup could turn the jade industry into a “slush fund” for the military and source of political patronage to prop up the military regime, unless sanctions and other forms of punitive measures are taken.

With an estimated strength of more than 400,000, Myanmar’s military, also known as Tatmadaw, has been the most influential political player in the country since its independence in 1948. Except for brief periods of democratic leadership, the generals have governed the country for decades.

For years, the military has also been accused of committing atrocities against its own people, including the 2017 violence on the Rohingya that forced hundreds of thousands of the mostly Muslim minority group to flee to Bangladesh. The United Nations and rights groups have described the attack as constituting war crimes and crimes against humanity.

Since the coup, it has launched a crackdown against opposition politicians and activists as well as common people protesting against the power grab. According to the advocacy group Assistance Association for Political Prisoners (AAPP), state forces have already killed 883 people, while about 5,000 others have been arrested or sentenced.

The coup only aggravated the nexus of corruption and violence that marks the military’s role in the jade industry, the report said. It warned that the takeover could “further open the floodgates of military corruption” and plunge the jade mining region “further into lawlessness”, while also enriching military officials and their families.

The 2021 Global Witness report further develops an earlier 2015 expose, in which it first established the links of a number of senior generals to the industry. Among the companies still active in the jade trade is Kyaing International Gems, which is partly owned by the son of General Than Shwe, the strongman who governed Myanmar for almost 20 years until 2011.

In the latest report, General Min Aung Hlaing’s son, Aung Pyae Sone, has also been found to be involved in the industry, Dietz, the author of the investigation, told Al Jazeera in a separate interview. 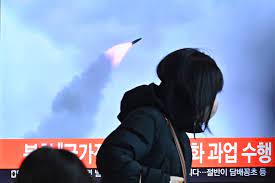