Gigi Hadid changed a fellow model’s life as she shared a snap of the model walking down the street.

The model Nanga Awasum,  which led to many fashion labels recognizing her and offering multiple deals.

The snap Gigi shared on her IG story features Awasum’s back as she walks down a New York City street, with Hadid writing, “Shoutout to my NYC inspiration of the day: this queen, Was too (drool emoji) to get a pic of the front, but she was major” 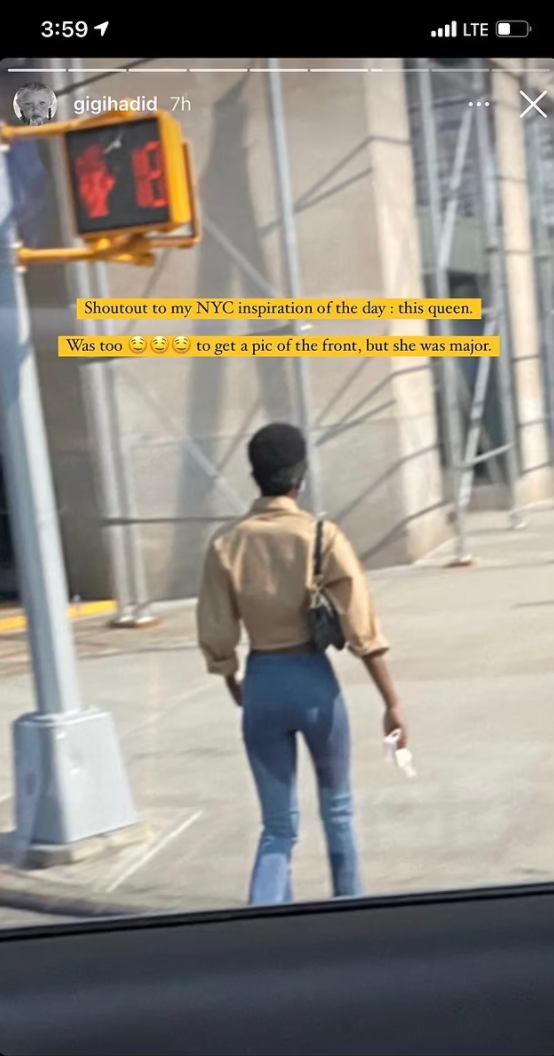 And on Friday Nanga shared a post expressing regret about having her back turned towards Hadid’s camera.

”It’s the way @GiGiHadid would have changed my entire life if I was only facing the right way,” wrote Awasum on Twitter. 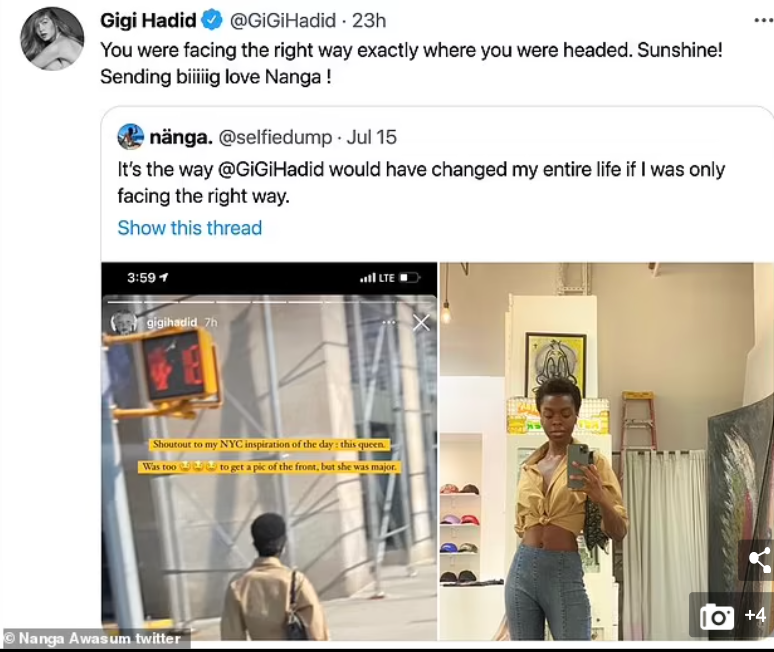 Gigi Hadid who recently welcomed her first child was quick to respond to the rising model’s tweet ”You were facing the right way exactly where you were headed. Sunshine! Sending biiiiig love Nanga !”

“I am not too cool for this. I am losing it. My life completely changed overnight,” Awasum responded.

She continued, “After this, anything can happen. I have full faith that my life could actually work out and my career could actually go somewhere. That’s really, really made me so happy.” 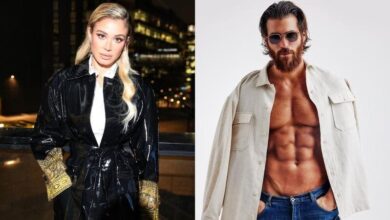