The 22-year-old reality star loves the brand’s minimal yet quaint aesthetic – which features freeform graphic lines and fonts – and has been wearing clothes from the fashion house since its launch in 2017.

And now, Muse Clothing founder and designer Antony Muse has said he thinks Kylie resonates with the brand because she’s a “real life person” who endures the same struggles and “internal anxieties” as everyone else.

He explained: “The brand connects with people like Kylie because she’s a real life person. She feels the same emotions and goes through the same things as everyone else.

“The same existential questions or internal anxieties that I face are similar to the ones she faces, because on the inside we all have the same questions.”

He said: “I felt like nothing in the streetwear scene represented me and the whole thing felt very exclusive and very expensive.

“It left me feeling like an outsider looking in on everyone else being a part of this incredible movement and I wanted in.”

The designer’s main goal with his clothing line is to “share messages that feel innately human”, including comments on self-love and important issues such as climate change.

Speaking to Us Weekly magazine’s Stylish, he added: “I want to share messages that feel innately human and ones that each of us can relate to in a multitude of ways – whether that be messages about loving yourself or about karma wrapped into messages about climate change, I hope to make art that all people can see and feel in some way.”

Did Alicia Keys Try to Abort her Second Child in 2014?

Didem Soydan Reportedly Kicked Burak Deniz Out of Her Home and the Police Paid Them a Visit.. Check Out Her Tweets 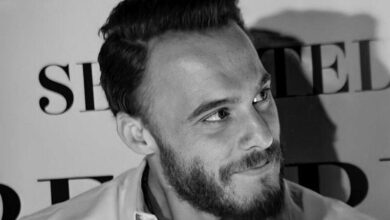