Morocco’s King Mohammed VI has authorised a reorganisation of the country’s Jewish community, a “component” of national culture in the North African country, according to the royal palace.

The measures were presented to a council of ministers meeting attended last Wednesday by the country’s monarch and crown prince, at Rabat’s royal palace.

Acting on “royal instruction”, Interior Minister Abdelouafi Laftit proposed the establishment of new representative bodies, acknowledging the Jewish tradition as “a component of the rich Moroccan culture”, according to the official news agency MAP.

The measures came the same day US President Joe Biden touched down in Israel on his first presidential visit to the Middle East.

In a speech at Ben Gurion Airport, near Tel Aviv, he promised to “advance Israel’s integration into the region.”

Morocco established diplomatic ties with the Jewish state in 2020.

The kingdom’s Jewish community is estimated to number 3,000 people, the largest in North Africa.

Following consultations with Jewish leaders King Mohammed’s initiative will establish a National Council of the Moroccan Jewish Community, a Foundation of Moroccan Judaism tasked with protecting the community’s heritage, and a Commission of Moroccan Jews Abroad.

The kingdom’s Jewish community dates to antiquity and grew in the 15th century with the expulsion of Spain’s Jews.

By the 1940s its number had grown to 250,000, representing 10 percent of the country’s population, but mass emigration followed Israel’s founding in 1948.

Israel and Morocco established diplomatic relations in December 2020 as part of the US-backed Abraham Accords, which saw several Arab countries normalise ties with the Jewish state.

King Mohammed’s presence at the meeting was his second public appearance in three days, accompanied by Crown Prince Moulay El Hassan, amid public interest in the monarch’s health following two heart operations since 2018 and a June Covid-19 diagnosis.

On Sunday, the king led prayers at a royal residence in Sale, near Rabat, during the Muslim festival of Eid al-Adha.

Killing The Taboo: One Woman’s Story With Cancer 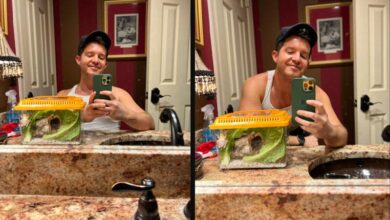 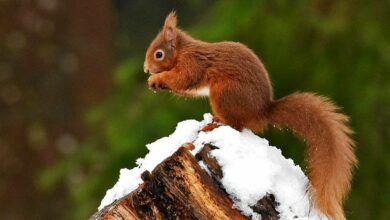 Your pictures on the theme of ‘in a rush’