The heads of three federally funded international broadcasters were abruptly fired late Friday as the Biden administration completed a house-cleaning of Donald Trump-appointees at the US Agency for Global Media.

Two officials familiar with the changes said the acting chief of the USAGM summarily dismissed the directors of Radio Free Europe/Radio Liberty, Radio Free Asia and the Middle East Broadcasting Networks just a month after they had been named to the posts.

The changes came a day after the director of the Voice of America and his deputy were removed and the chief of the Office of Cuba Broadcasting stepped down. The firings follow the forced resignation of former President Donald Trump’s handpicked choice to lead USAGM only two hours after Joe Biden took office on Wednesday.

Trump’s USAGM chief Michael Pack had been accused by Democrats and others of trying to turn VOA and its sister networks into pro-Trump propaganda machines. Pack had appointed all of those who were fired on Thursday and Friday to their posts only in December.

The two officials said the acting CEO of USAGM, Kelu Chao, had fired Middle East Broadcasting Network director Victoria Coates, Radio Free Asia chief Stephen Yates and Radio Free Europe head Ted Lipien in a swift series of moves late Friday. It was not immediately clear if any of those removed would try to contest their dismissals. 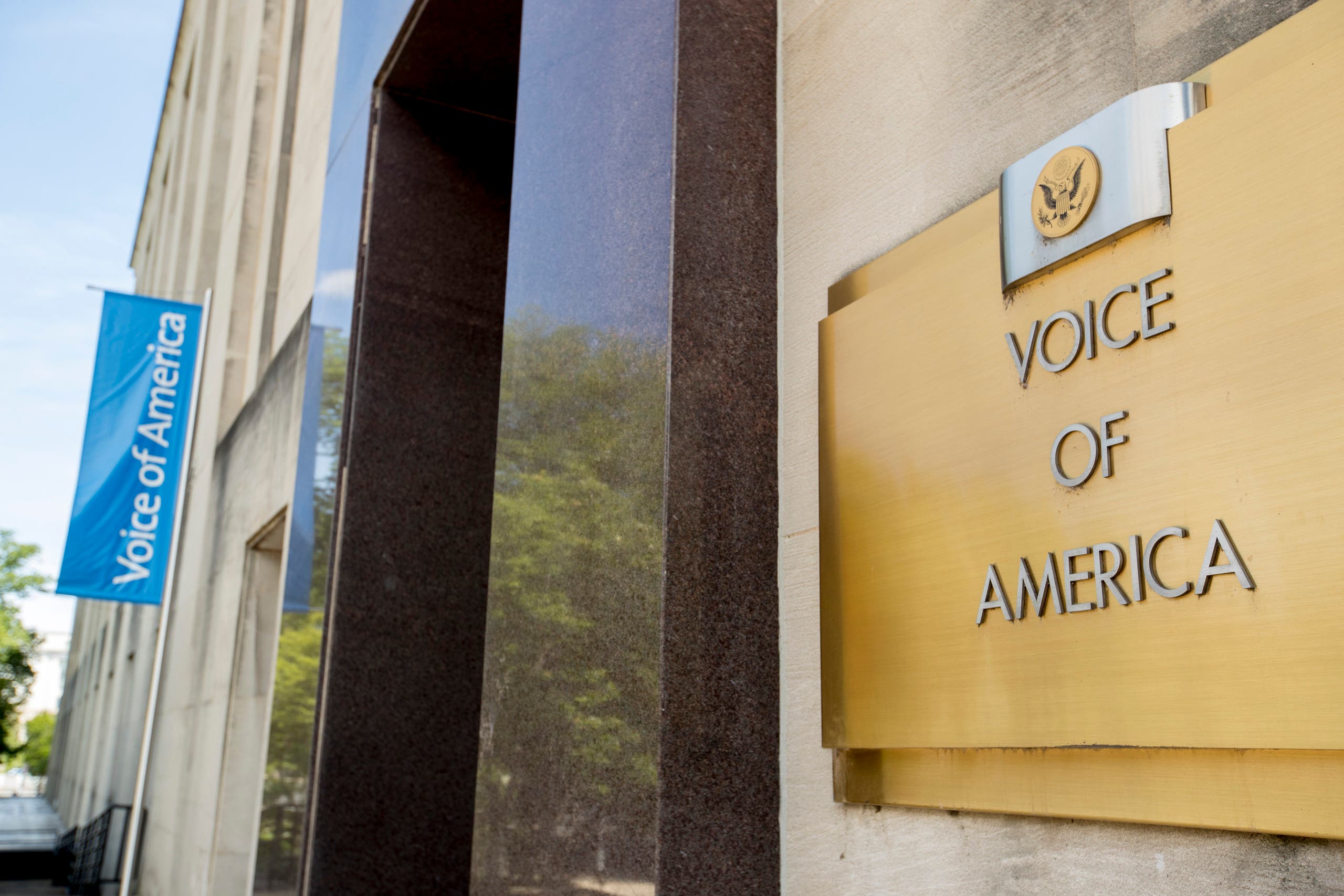 The White House appointed Chao, a three-decade VOA veteran journalist, to be the agency’s interim chief executive on Wednesday shortly after demanding Pack’s resignation. Chao did not respond to phone calls seeking comment about her actions. The two officials familiar with the dismissals were not authorized to publicly discuss personnel matters and spoke on condition of anonymity.

Coates, Yates and Lipien, along with former VOA director Robert Reilly and former Cuba broadcasting chief Jeffrey Shapiro were all prominent conservatives chosen by Pack to shake up what Trump and other Republicans believed was biased leadership in taxpayer-funded media outlets.

Reilly and his deputy Elizabeth Robbins were removed just a week after coming under harsh criticism for demoting a VOA White House correspondent who had tried to ask former Secretary of State Mike Pompeo a question after a town hall event.

Pack had created a furor when he took over USAGM last year and fired the boards of all the outlets under his control along with the leadership of the individual broadcast networks. The actions were criticized as threatening the broadcasters’ prized editorial independence and raised fears that Pack, a conservative filmmaker and former associate of Trump’s onetime political strategist Steve Bannon, intended to turn venerable US media outlets into pro-Trump propaganda machines.

Biden had been expected to make major changes to the agency’s structure and management, and Pack’s immediate dismissal on inauguration day signaled that those would be coming sooner rather than later. Pack had not been required to submit his resignation as his three-year position was created by Congress and not limited by the length of a particular administration.

VOA was founded during World War II and its congressional charter requires it to present independent news and information to international audiences. Iran deal under threat as Europeans to trigger dispute mechanism