More than 60 prisoners broke out of a Lebanese jail on Saturday and five of them were killed when their car hit a tree while under pursuit, security sources and the state news agency said.

Security forces told Reuters that some 69 prisoners had escaped and that eight had been caught. Five of the prisoners died after a car they seized crashed into a tree, they said.

Authorities have launched an investigation into the jail break, NNA said. 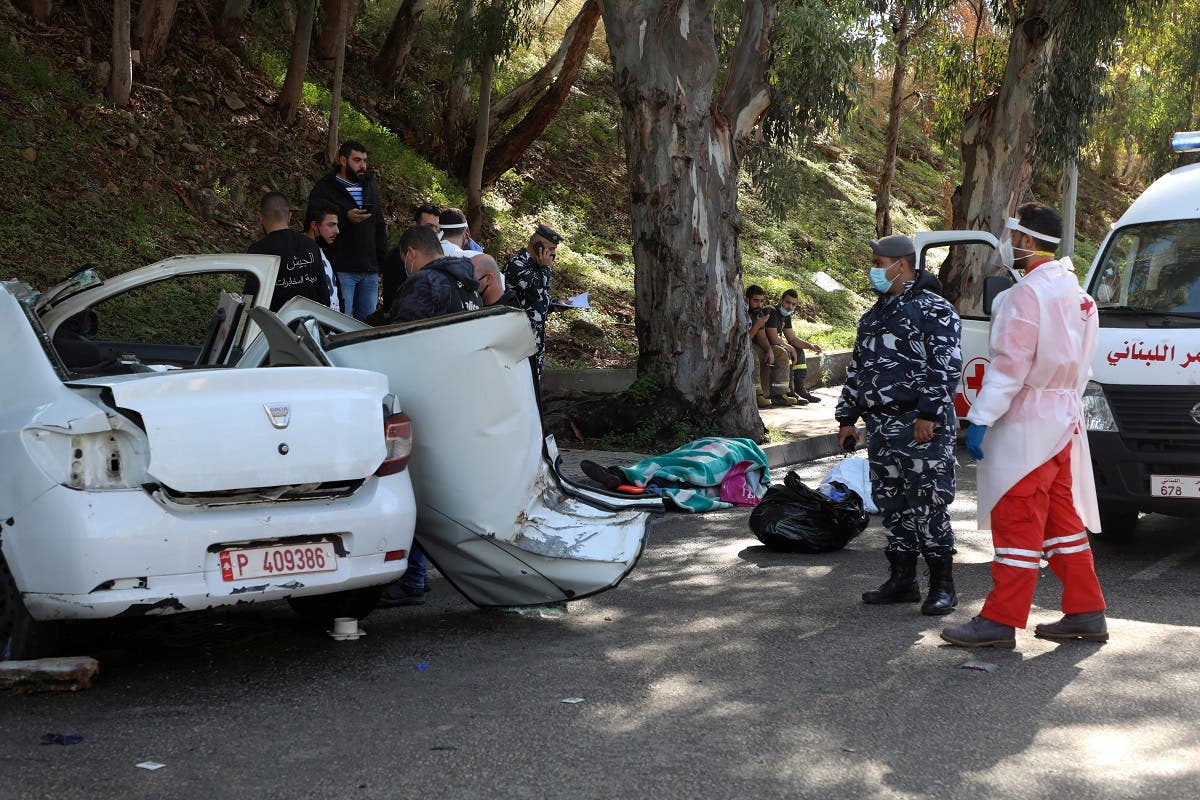 Members of the Lebanese police stand next to a damaged car in Hadath, Lebanon, November 21, 2020. (Reuters/Mohamed Azakir)

In April, Amnesty International said there had been riots inside Lebanese jails and families’ sit-in protests calling for the release of prisoners over concerns about the spread of COVID-19 in overcrowded prisons.

It said that while the Lebanese government had taken several measures, including some releases, the authorities should prioritize releasing prisoners who had served their sentences and expedite its review of pre-trial detainees. Khalil Awawdeh: Palestinian who was on a 172-day hunger strike