Facing the worst economic crisis in its modern history, the Lebanese economy and polity are teetering on the edge of a larger social tragedy. Since the start of mass public protests against corruption in October 2019, the Lebanese pound has lost about 75 percent of its value.

In a country where up to 80 percent of food is imported, the devaluation of the Lebanese currency has exposed vast sectors of the country’s population – including the 30 percent of it designated as refugees – to severe food insecurity. In the last eight months alone, food inflation has increased from less than 2 to over 150 percent. People are struggling to put food on the table, and even middle-class families have seen their monthly purchasing power slashed by half.

Lebanon is facing a grave human tragedy. While the scale of suffering that has started to unfold brings to mind countries suffering wars, sanctions, or famine, Lebanon is neither at war nor reeling under sanctions. It is, instead, a country at war with itself. More precisely, it is a country whose governing elites are engaged in a silent battle against its hapless millions.

Lebanon’s political settlement, which distributes political power to the leaders of religious sects in the country, has supported a rentier political economy where oligarchic economic and political interests trump any meaningful prospects for reform. This elite bargain has been sustained by a continuous inflow of external capital. With high interest rates and a fixed-exchange-rate regime, Lebanon has remained an attractive domain for depositors. Remittance flows from expat Lebanese, traditionally an important source of foreign capital, have plummeted from a high of 25 percent of GDP in 2008 to 14 percent in 2019.

Over the last eight months, the country’s elite bargain has faced an unprecedented challenge, firstly with the wave of anti-corruption protests that defied age, sectarian and regional divides and brought thousands of people on the streets, and subsequently with oil price crash and COVID-19.

In March, the country defaulted for the first time on a $1.2bn payment on its $33.4bn of external debt, triggering a series of restrictions on depositors and an effective run on the currency. The Lebanese banking system has long remained an artificial pillar of stability and a sphere where the country’s financial and political establishment rubbed shoulders to sustain a fragile economic equilibrium through clever financial engineering that, in turn, helped finance the country’s twin deficits.

As its banking sector begins to unravel, Lebanon finds itself in a financial hole out of which it cannot pull itself without emergency external assistance, and the government has been in talks with the IMF since mid-May to agree on a financial support package. The IMF is currently seen as the only way out of this crisis, especially as it can unlock funding from other donors as well.

While Lebanon’s political elites have pinned their hopes on an external bailout – as they have always done – the political and economic crisis they face is different this time. All the more reason that the global response should also be different. Rather than handing out cash on soft terms, international lenders, including the IMF, World Bank and influential bilateral donors, need to balance the humanitarian needs of the Lebanese people against the incentives for elite reform.

Never before in their dealings with Lebanon have foreign donors faced such a critical choice between survival and reform. It is clear that without some form of external assistance, more and more Lebanese people will slip into poverty. But such support has also traditionally extended a lifeline to oligarchic elites. In this regard, Lebanon faces a classic commitment problem: Its governing elites are strongly incentivized to proclaim a reformist posture but, once the money begins to trickle down, they are all the more likely to renege on such reforms in the future. The reason is simple: meaningful economic reform will seriously undercut their political power, which is based on the clientelistic distribution of rents to their respective political constituencies.

Historically, successive Lebanese governments have failed to live up to the reform commitments they made to foreign donors. Two recent efforts serve to illustrate this. France has hosted two major international donor conferences for Lebanon – in 2002 (Paris II) and 2007 (Paris III) – since the first (Paris I) international donor conference for Lebanon convened by French President Jacques Chirac in 2001. Lebanese governments of the time submitted economic reform plans to convenors of both conferences, which unlocked substantial resources amounting to $7.6bn in financial aid and soft loans in 2007 alone. Unfortunately, neither of these conferences resulted in meaningful reform.

The Lebanese Center for Policy Studies analysed reforms agreed at the Paris III conference. The analysis indicated that less than a quarter of all reform measures – 26 out of 117 – were enacted by Lebanon in practice. There was a similarly low uptake of institutional reforms to improve administrative capacity – 14 out of 90. Even reform measures that required much less agreement and concerted effort among the political elite were only implemented 50 percent of the time.

In the face of this, the challenge for foreign donors is to help Lebanon in ways that credibly commit its elites to undertake long-needed reforms. Both the timing and sequencing of reform and funding are of the essence here. Lebanese elites must agree to a concrete set of reforms and demonstrate their commitment to stay the course before foreign money is made available.

To demonstrate their commitment to reform, Lebanese elites can conduct a forensic audit of the central bank to provide accurate information regarding Lebanon’s financial losses, cut significant redundant expenditures, reduce tariff evasion, and disclose the financial and business interests of each politically exposed person. Doing so may lessen public mistrust and give a signal that this time is indeed different 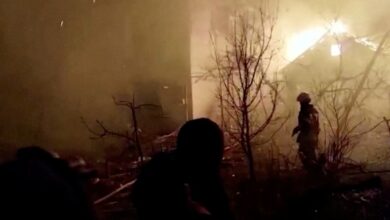