Iran’s former justice minister and adviser to the current head of the judiciary has reportedly been infected with coronavirus, the latest case among several Iranian officials to test positive for the deadly COVID-19 virus.

Mostafa Pourmohammadi was hospitalised with coronavirus symptoms on Thursday, several state-run Iranian media outlets reported on Saturday. He tested positive for coronavirus and is currently hospitalised in Tehran’s Daneshvari hospital, asserted the editor-in-chief of the state-run Entekhab news website.

Mohammad Mirmohammadi, a member of the Expediency Discernment Council, has also reportedly been infected with coronavirus.

Farideddin Haddad-Adel, son of Gholamali Hadad-Adel – a close ally of and an adviser to Supreme Leader Ali Khamenei – tweeted on Saturday that he too has been infected with coronavirus. Farideddin Hadad-Adel, whose sister is Khamenei’s daughter-in-law, included a laughing emoji in his tweet which prompting criticism from other Twitter users. 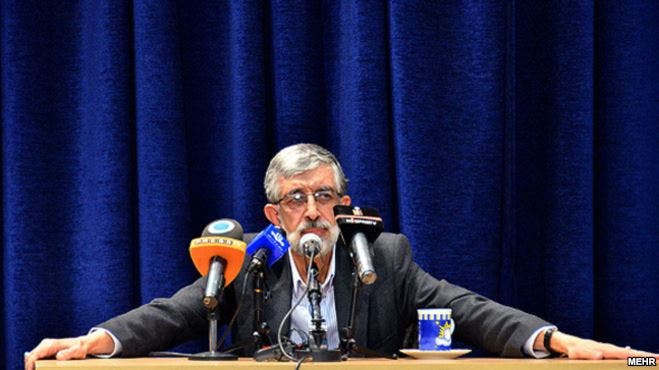 Hadad-Adel said in another tweet that he became infected after travelling to Qom, the Shia shrine city where a majority of the country’s cases have been reported.

“I went to Qom, but I should not have gone. That trip was not worth this illness. It is best if you cancel your trips in my view,” he tweeted.

Iran’s death toll from the outbreak has reached 43, a health official told state TV on Saturday, adding that the number of infected people across the country has reached 593. However, a BBC Persian report on the same day put the death toll far higher, at 210.

Looking to the stars, Hong Kong fortune-tellers see only clouds