He hasn’t used the television in months, and Hadi Abdelnour is struggling to find the cable to connect it to his laptop. There’s only one other person in the office, located on the ground floor of an early twentieth century building in the stylish Gemmayze district of Beirut.

Empty white desks sit between empty white walls. Neatly folded white bed linen is stacked in one corner of the room. The other ten staff are working from home as a result of coronavirus precautions, but just weeks ago Abdel Nour was wondering if he would have to close down the business for good.

The tourism sector is a significant source of revenue for Lebanon, contributing nearly 20 percent of the country’s gross domestic product for the past several years. However, the industry has been devastated in recent months. 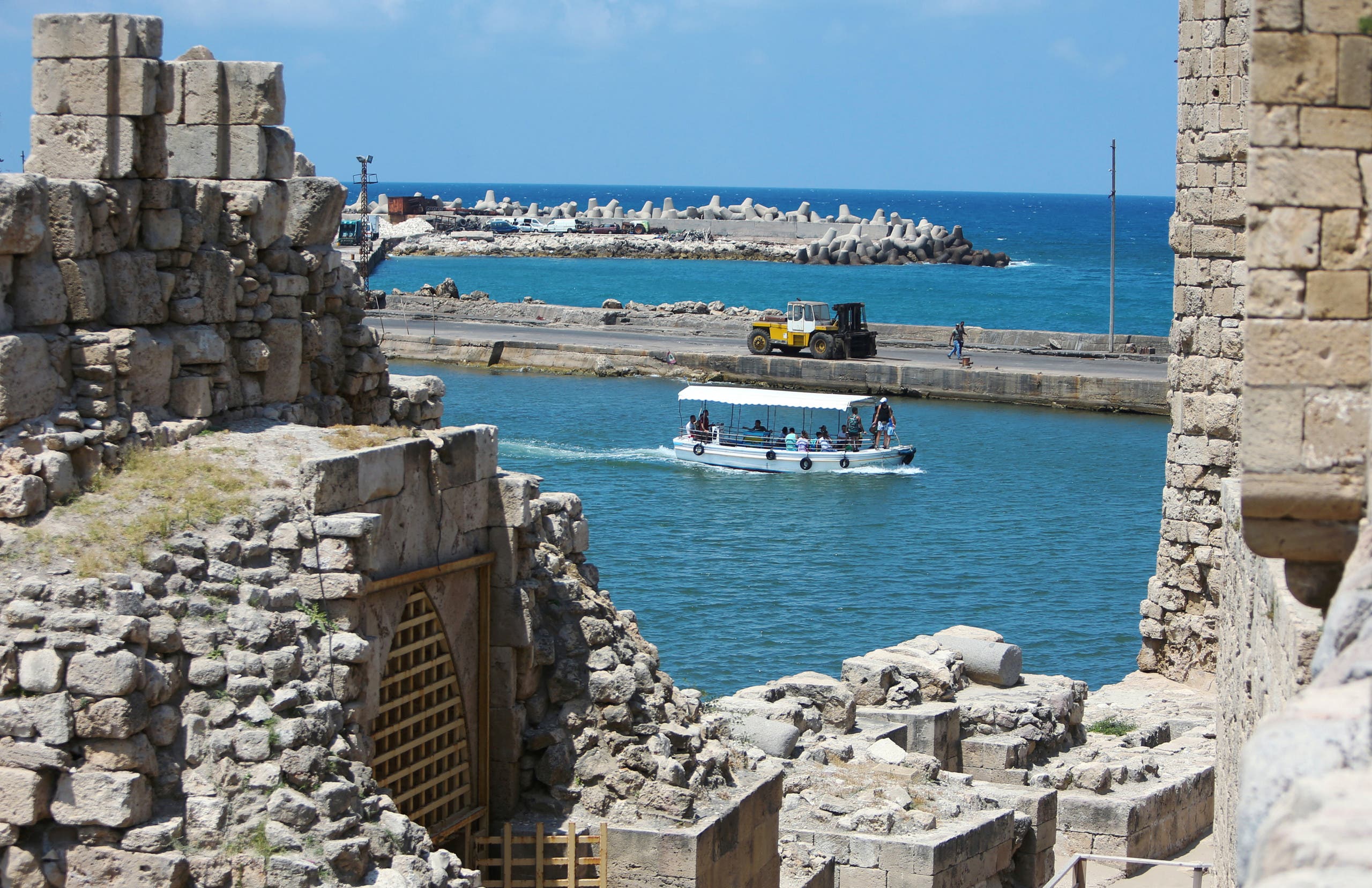 Tourists sit in a boat near the sea castle in the port city of Sidon, Lebanon July 9, 2019. (Reuters)

Abdelnour first started to worry in October, normally a strong month for his business as customers start to book for the Christmas period. However, as the street value of the Lebanese lira began to edge away from its official value of around 1,500 to the dollar and capital controls were gradually imposed on dollar deposits, a nationwide protest movement sprang up against widespread corruption and economic mismanagement by the political establishment.

The effect on Abdelnour’s industry was immediate. Occupancy rates for the AirBnb rentals service dropped from 50 percent in September, to 25 percent two months later, according to data company AirDNA.

As the New Year came and went, Byout’s profits had more or less stabilized. That was around the time news came from China’s Wuhan province of a hitherto unknown virus. COVID-19, as it would become known, spread with devastating speed and effect. On March 11, one day after Lebanon recorded its first death from the virus, the World Health Organization declared a global pandemic.

For those like Abdelnour working in the hospitality and tourism sectors, it became clear that the coronavirus posed a far greater threat than Lebanon’s protest movement a few months previously. As part of a package of emergency measures implemented to check the spread of the disease, the airport was shut and the country was thrown into lockdown in mid-March.

By April, in which Byout registered lower takings than its very first month in operation, Abdelnour was weighing up whether or not to shut down. On top of coronavirus, he also had to consider the accelerating pace of Lebanon’s economic decline. By May, the lira was trading on the high street at half its official value.

However, as the lockdown was gradually eased, bookings started to gradually increase. With the airport closed and capital controls locking dollar deposits inside the country, Abdelnour saw properties in holiday locations like those in the mountainous Faraya fully booked. Some were taking mini-breaks while others, he suggested, are booking apartments simply to get some space from their families after the pressure of lockdown. 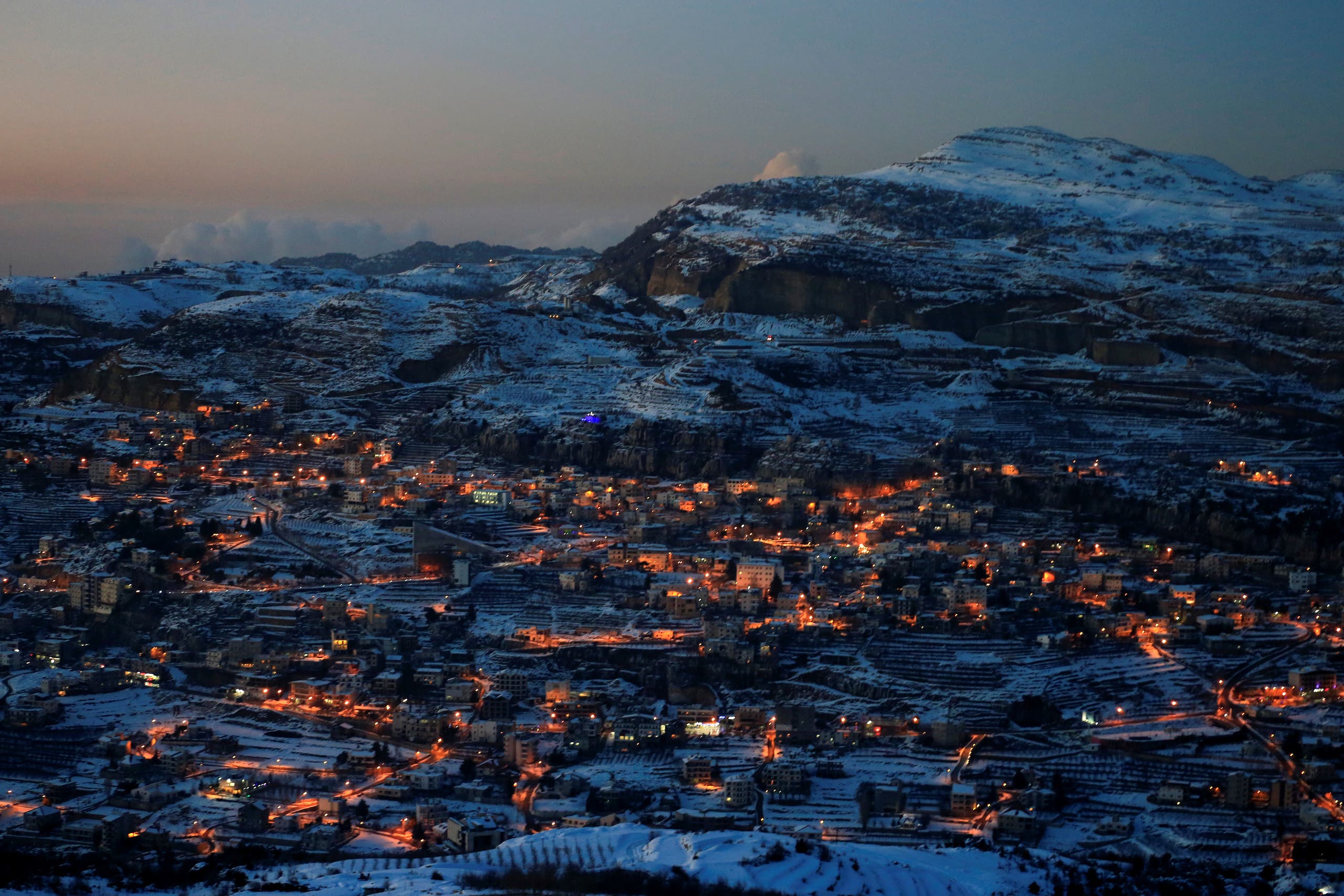 “If people are locked down here, there are no airports and they cannot move, it’s a no brainer that local tourism is going to work,” says Kamal Mouzawak, restaurateur and founder of Souk el-Tayeb, a local business that operates a number of guest houses.

However, Mouzawak has had to completely change his business model to account for the scarcity of the dollar and the collapsing value of the lira. A room at Beit Douma, a traditionally styled stone guest house in the spectacular northern mountains, used to be priced at $200, or 300,000 lira at the official rate.
“Now we’re selling the room for 250,000 Lebanese lira,” says Mouzawak. “Prices have to be very affordable because Lebanese people have less money now.”

Prime Minister Hassan Diab has earmarked tourism as a key means of attracting dollars from abroad, highlighting the importance of reaping any possible rewards from the summer season. Those in the sector, however, are not optimistic.

“I think that for 2020, it’s over,” said Pierre Achkar, president of the Hotel Owners Association. Lebanon, he lamented, is, “unstable politically … It’s not the right destination to visit at the moment, especially for tourism.”

While Beirut’s airport has now reopened at reduced capacity, Abdelnour doesn’t see an immediate recovery for his lettings business ahead. 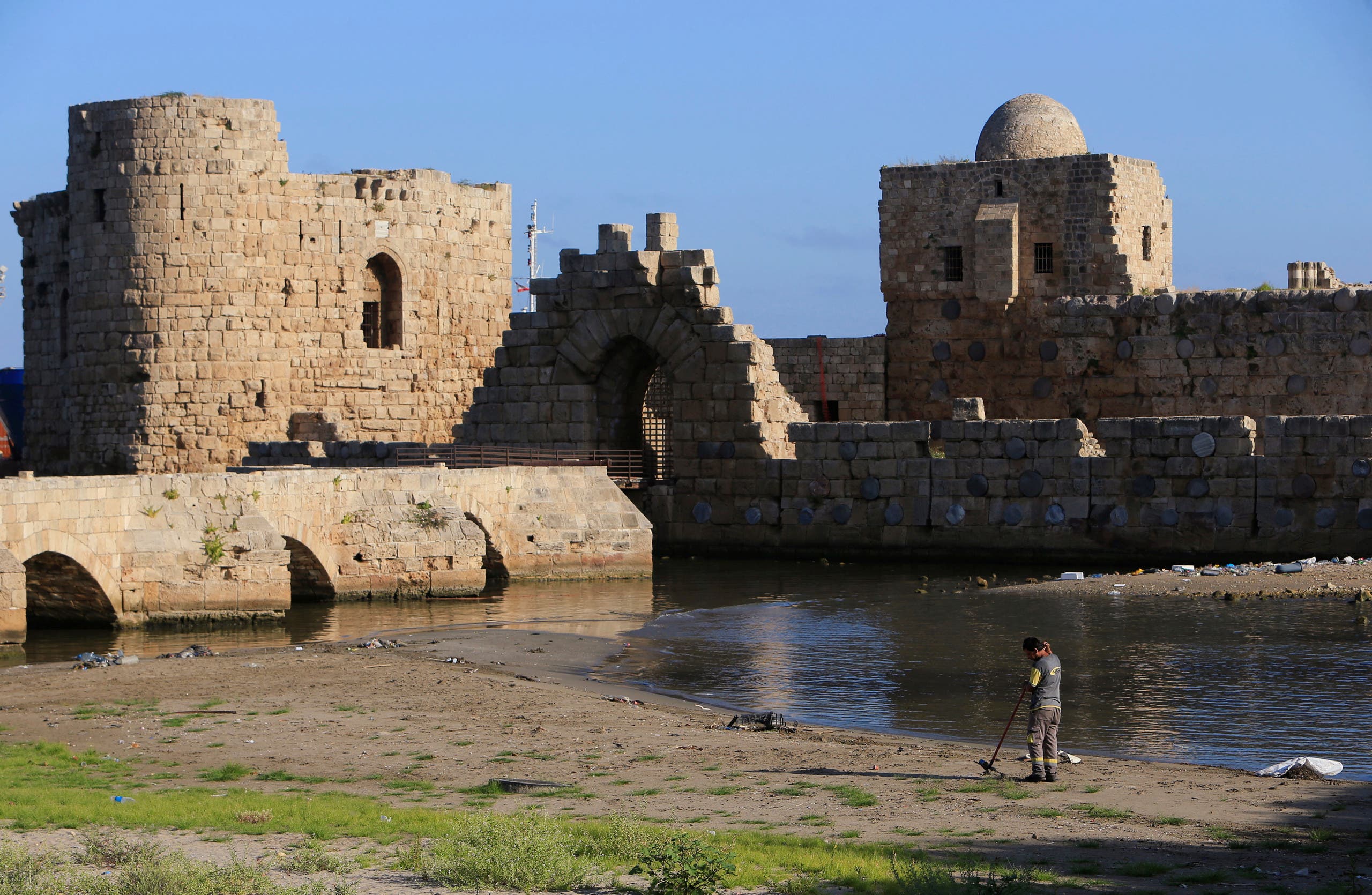 A worker cleans a beach outside the closed sea castle of the port city of Sidon, amid concerns over the spread of the coronavirus disease (COVID-19), in Sidon, Lebanon June 10, 2020. (Reuters)

“This doesn’t mean it’s going to have a big boost for business because there are still a lot of external airports that are closed,” Abdelnour said. “For instance all the Lebanese Saudis that want to come and spend the summer here, they still can’t come. The Saudi airport is still closed, the Kuwaiti airport is still closed … Not everyone from the Khaleej is going to be able to come.”

Hotels are dealing with occupancy figures in the single figures, when they should be around 65 to 75 percent, Achkar said. Any travelers to Lebanon are unlikely to relieve the hospitality sector as they are more likely to be Lebanese expatriates with family in the country, rather than tourists, he suggests.

Furthermore, any benefit in attracting foreign tourists due to a comparatively strong dollar is unlikely to offset the skyrocketing cost of imported necessities such as cleaning materials, the hotelier added. If the situation continues to worsen, Achkar said, more hotels are likely to follow Le Bristol, the 70-year-old hotel that in April closed its doors indefinitely.

For the moment, Abdelnour and his short term lettings business have weathered the coronavirus storm, but if the economy continues to deteriorate, he doesn’t know how long the business can survive. If the economic collapse means that their takings in August resemble those of April, he said, “We’re going to close the company.”

Demonstrators in Iraq take to street unmasked amid pandemic