Smartphone users who text while they walk are more prone to accidents than pedestrians who just listen to music or talk on their phones, a research review suggests.

Compared to people who didn’t text while walking, those who did appeared to look left and right less often before crossing streets, the analysis found. Texting was also associated with higher odds that pedestrians would bump into other people or things in their paths or experience near-misses.

“Smartphone use that takes a pedestrian’s eyes off the traffic environment has a higher potential safety cost than activities that do not curtail scanning,” said study co-author Jeff Caird of the University of Calgary in Canada.

“Turning on ‘do not disturb’ while walking may allow pedestrians to reflect and be aware of their environment,” Caird said by email.

For the analysis, researchers examined data from 14 experimental studies assessing the impact of smartphone use on pedestrian safety. Altogether, these smaller studies involved 872 pedestrians.

The smaller studies typically included simulations designed to mimic what pedestrians might experience while walking down a sidewalk or crossing a street. Simulations had features such as curb-like platforms and treadmills with projection systems to duplicate what people might see on a street.

Texting was associated with higher rates of near-misses in collision analyses compared with listening to music or talking on the phone, researchers report in Injury Prevention.

Texting and browsing the web on a phone were also tied to slight increases in the time it took to start crossing the street.

Talking on the phone was associated with a small increase in the time taken to start crossing the road and slightly more missed opportunities to cross the road safely.

One limitation of the analysis is that simulation results might not necessarily reflect what happens on city streets. Another drawback is the potential for people to use phones differently in lab settings than they would normally.

Even so, the results add to evidence already suggesting that smartphones can distract pedestrians and contribute to injuries, said David Schwebel, a researcher at the University of Alabama at Birmingham who wasn’t involved in the study.

“The message for all of us is that we should cross the street undistracted,” Schwebel said by email. “We should treat pedestrian street-crossing just like we treat driving: put the smartphone aside when engaging in traffic.”

If people can’t help using the phone while they’re walking along busy sidewalks, they should still have the good sense to pause what they’re doing and look up from their screens when they need to cross the street, Schwebel said.

“Don’t cross the street while using your smartphone,” Schwebel added. “Put the phone in your pocket or purse or even just in your hand and start using it again when you’re safely on the sidewalk – or better still, sitting on a park bench.” 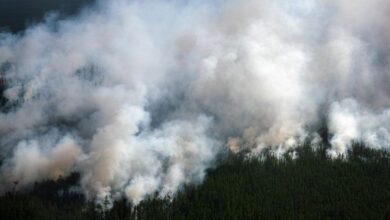