Star footballer Mohamed Salah has demanded a weekly salary of $693,249 to continue to play for Liverpool, according to several media reports.

The Egyptian player joined the English Premiership side from Serie A’s AS Roma in 2017. He has two years left on his current contract.

Last month, manager Juergen Klopp said the club was in talks with the player about new contract.

The 29-year-old is currently one of the highest paid footballers at Anfield and the new deal would make him the top earner in the club’s history.

“I am involved in pretty much everything in the club. Maybe some talks happen without me, that’s possible, but apart from that I know about all the things,” Klopp added.

“Until then, it’s only important how the parties work together in these things … If that’s perfect, what it is, then we don’t have to talk about anything else … With two years left, you can imagine there are talks, that’s it.”

Liverpool has already offered other players, including Virgil van Dijk, Alisson and skipper Jordan Henderson, new improved deals to keep them at the club.

Eminem’s Adopted Daughter Opens up About Therapy Helping Her 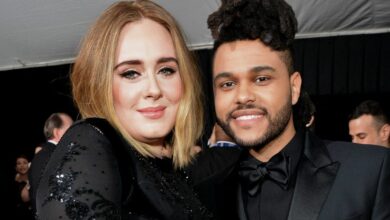