Lebanese singer Mohamed Eskandar, accompanied by two people, went to a bank in the region of Antelias in Lebanon, with the aim of withdrawing an amount of money from his own account, but the bank, due to bad economic conditions going in Lebanon and the policies adopted in recent times, refrained from delivering the required amount, reported Foochia.com

The bank’s refusal to deliver Eskandar’s money prompted him to use a weapon belonging to one of his companions and point it in the face of the bank employees in front of him, causing a state of panic and fear for both employees and customers.

As a result, one of the bank’s employees talked to Mohamed until the arrival of security forces, where the Antelias platoon investigated and opened a record of the incident, but the bank refused to report a claim against the artist Mohamed Eskandar, resulting in his release.

Demi Rose Never One Shy Away from Sharing a Sultry Snap 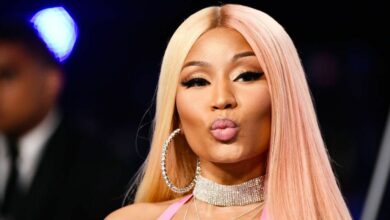 On His 35 Birthday! This is Why Kerem Bürsin and Hande Erçel Split up

Bassem Samra: Mohamed Ramadan Is Driven by the DEVIL & I Challenge Him to Prove the ‘Better Actor’!